The Man from Toronto The Handler Trench Coat 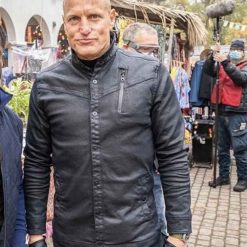 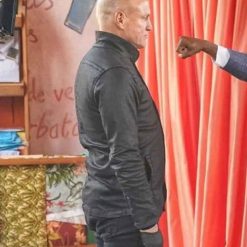 The Man from Toronto 2022 Merchandise

Are you a funky movies lover with a mixture of deadliest criminal activities in a humorous touch? Then you landed at the perfect spot to watch the most awaited American action comedy movie, The man from Toronto. The movie covers a series of ritual events full of bold scenes in the funkiest style to entertain the audience remarkably with a memorable experience. The film revolves around the story of the mistaken identity of the world's deadliest assassin known as “the man from Toronto” and the most prominent New York screw-up Hard confront each other at Airbnb rental. As the movie progresses, Hart soon finds himself trapped in chaos as the assassin's world crumbles around him. As the movie seems to be a record-breaker of the decade, the man from Toronto Outfits hits the most favorable clothing collection among fans and followers.

Everything You Need To Know About the man from Toronto Merchandise:
The funniest and rival-filled movie featured world elite class stars to achieve the grandest achievement all the time. The action-packed film rounding out the cast includes an American stand-up comedian and actor Kevin Hart as Graeme, an American actor, and playwright Woody Harrelson as Randy, an American actor Pierson Fodé as The man from Miami listed as the central cast of the movie. Similarly, the movie also featured a world prominent and gorgeous actress like an American actress Kaley Cuoco as Maggie, an American actress, and producer Ellen Barkin, an American film and television actress Lela Loren, and various celebrities will be the part of this movie.

Let's Explore the Hidden Treasure of The Man From Toronto Movie:
It actually doesn't matter if you are the funniest person or the serious man, you would not suppose to compromise when it comes to obtaining a striking look throughout the entire winter season. To overcome this approach, DANEZON is pleased to introduce an exquisite collection of The Man From Toronto Outfits, which will entirely transform you as a fashionable personality. However, our top-ranked collections include The Man from Toronto Woody Harrelson Jacket, Jasmine Mathews Coat, Kevin Hart Quilted Jacket, Tomohisa Yamashita Jacket, and various other attires to enhance your personality. Lastly, get your hands on the sumptuous category of The Man From Toronto Jackets and Coats and find your way in a FUNKY world.