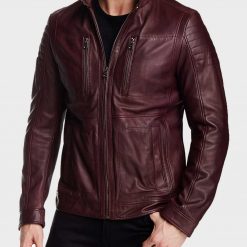 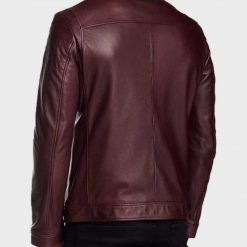 Ever since the Arrow has started, fans have always been in love with not just its plot, but all the storylines of its characters as well. Whether it has to be Mirakuru soldiers taking over the city or the League Of Assassin destroying the Star City, the Emerald Archer and also his team have never stopped astonishing us with their talents and bravery. Throughout the series, you would love to know that these characters are not the only thing that fans, but instead, they also love those attractive jackets, coats, and other costumes these characters wear while doing their missions. So, DANEZON brings you Arrow Jackets and Coats which consists of an entirely new range of admirable jackets like Oliver Queen Jacket, Dinah Drake Jacket, Arrow Jacket, Arsenal Roy Harper Jacket, Thea Queen Speedy Jacket, Black Canary Jacket, and so many more jackets that are splendid. Not just only do we provide these aesthetic jackets, but also we make them so accurate to their TV version that you would not be able to even distinguish them. In our Arrow Outfits, you will find excitingly unique jackets ranging from pure leather to cotton fabric, wool blend, and suede fabric which are available at an extremely low price so that every customer could buy them and can say “YOU HAVE FAILED THIS CITY”!

How many seasons of Arrow are there?

Arrow is Superhero TV series which premiered back in 2012. The series consists of a total of 8 Seasons with Season 8 being the last season of Arrow which premiered in 2019.

Did Arrow start the Arrowverse?

YES, this entire universe of amazing superheroes and extraordinarily superb characters, all started from Arrow, which was followed by the debut of various other superhero TV series including The Flash, Legends Of Tomorrow, Supergirl, and Batwoman. In other words, Arrow was the beginning of the entire Multiverse.

When did Oliver get married to Felicity?

How many children does Oliver have?

Oliver has a son named William Clayton, whom he sends away due to some reason. Other than that, Oliver also has a daughter named Mia Smoak, who is a street fighter and a thief in 2040 Star City. Mia is also a partner with Connor Hawke.

Is Oliver alive in the future?

Through the flashforwards in the Seventh Season of Arrow, we come to learn that Oliver died during the Crisis.

Is Felicity in the last season of Arrow?

During the finale of the Seventh Season of the Arrow, Felicity goes along with the Monitor to meet Monitor due to which Felicity is not in the final season of Arrow. Emily Batt Rickards, who portrayed the character of Felicity, quit the series after its Seventh Season.

Who is the New Green Arrow in Arrow?

In season 7 of Arrow, we come to learn about a new vigilante who earns the title of New Green Arrow. However, the midseason finale of the season revealed that the New Green Arrow is Emiko Queen who is the half-sister of Oliver.

Who is the Original Team Arrow?

Who are the New Team Arrow?

After learning that Oliver, Felicity, and John violated the privacy of Curtis, Dinah, and Rene, they leave the Team Arrow. The three of them then also form a Team named New Team Arrow, who is also known as Outsiders. After helping Oliver in defeating Diaz, they disband the New Team Arrow.

Why did Oliver go to prison at the end of Season 6?

After Oliver reveal his identity to the world to protect the identities of his team, Oliver decides to serve in prison for the crimes he committed as the Arrow.

In which city does the Arrow take place?

Oliver Queen, also known as the Arrow is a billionaire, who lives in Starling City, later known as Star City.

Previously known as Starling City, after Ray Palmer takeovers the Queen Consolidated, he decides to rename the city to Star City to rejuvenate the people of the city due to the events of the Glade Earthquake and the invasion of Slade Wilson's army.

Who is Tommy Merlin in the series?

Tommy Merlin was the best friend of Oliver Queen, half-brother of Thea Queen, and the son of Malcolm Merlyn who is also known as Dark Archer. During the end of season 1, Tommy dies while saving Laurel Lance. He later appears in the show as a flashback, a doppelganger, and Oliver's hallucination.

Does Oliver has the same Arrow costume during all the seasons?

NO, Oliver's vigilante costume has evolved and changed just like his name throughout the entire course of 8 Seasons. Starting from a simple suit in season 1 to an advanced and more appealing suit in season 8, the suit has gone through a lot of changes