The indicated Otis Milburn Jacket is an impersonation of the jacket that Otis wore in the Sex Education TV-series. In the series, Otis Milburn is an awkward teenager at the Moorland Secondary School who is also an introvert. He is also the son of a therapist named Jean. When Otis finds Adam in trouble, he then helps him. After helping Adam, Otis then also opens a therapy clinic along with Maeve. They then begin to find the client at Aimee’s party. He then also begins to develop feelings for Maeve, but it ends when she starts a relationship with Jackson. In the end, after a series of actions and drama, Otis gets together with Ola. Asa Butterfield played the character of Otis.

This Sex Education Otis Milburn Jacket is a fabrication of top-quality Parachute fabric, and it includes a viscose lining which is available inside to keep you relaxed. Its specifications feature an erected collar, rib-knitted cuffs, rib-knitted hemline, and front button closing. 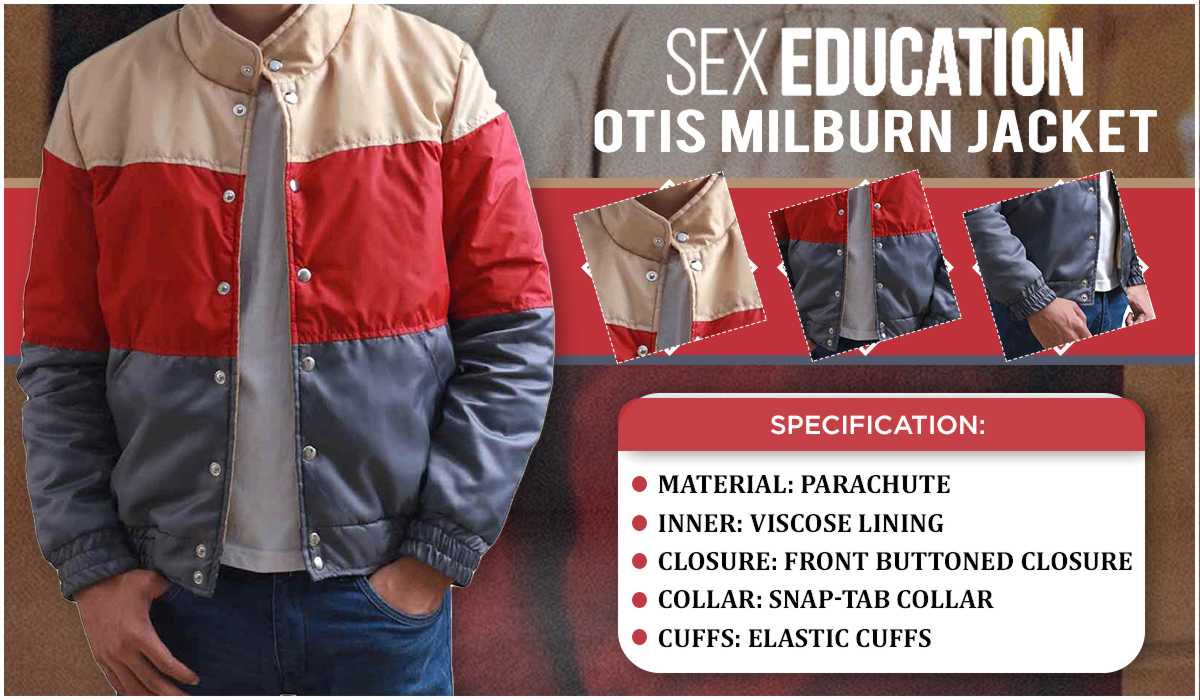