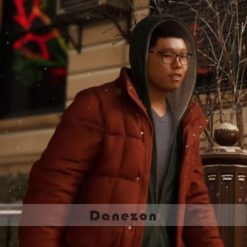 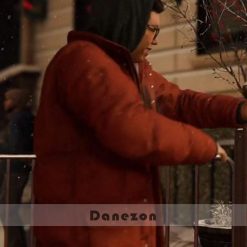 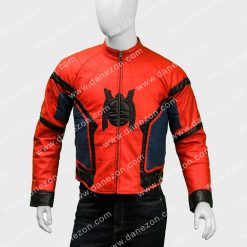 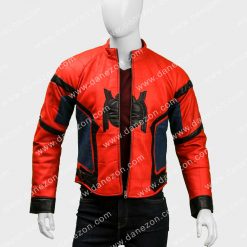 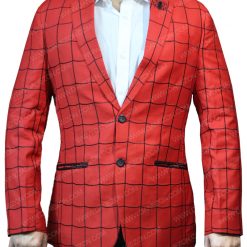 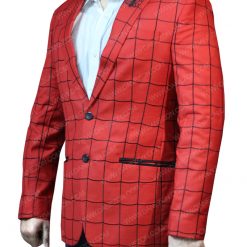 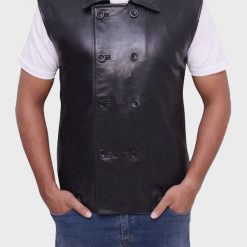 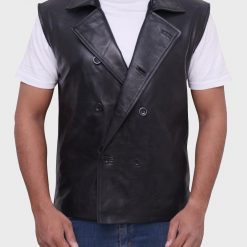 Originally inspired by climbing city walls, Spider-Man is an ever-loving superhero character because of its incredible skills in planting marvelous thrilling not just in children's minds but also grabbing the attention of teenagers and adults. The objective of the superhero is based on the protection of innocent people from evil eyes. Spider-Man is not just growing as a superhero but got massive fame for its aesthetic Red and Blue costume. The guy behind the incredible Spider-Man Costume is just an ordinary Peter Parker, who is also a source of immense fellowship around the globe.
If you are wondering that we are only dealing here with the Spider-Man Leather Jackets, you are just where you need to be. Our online store took the hawk on the latest costume of Spider-Man Jackets Costume. The evolution of Spider-Man Jackets is a masterpiece on its own. At DANEZON, we are pleased to offer various options for the cosplay occasion as we assure you that you will come across exceptional Spider-Man Leather Jackets Collection.
Swing through the city with style and defeat your villains with a dazzling appearance using these Spider-Man Jackets, consisting of all the best  Spider-Man Jackets from all time. The cool superhero Spider-Man doesn't just keep slinging from building to building; he's also known for his charming personality. Not just Spider-Man, but also there are other versions of Spider-Man who have made notable appearances, winning the hearts of fans. Other than their personality and deadliest fighting style, the costumes of these Spider-Men have are also quite unique and impressive. So, here is this Spider-Man Jackets category at DANEZON, where you will find all the Spider-Man attires, ranging from Spider-Man: The Last Stand to Spider-Man Far From Home. These attires include Spider-Man Motorcycle Leather Jacket, Spiderman Yellow Blazer, Spider-Man No Way Home Jacket, Spider-Gwen Jacket, Miles Morales Jacket, Spiderman The Last Stand Jacket, and many more. So, wear them and give off spectacular vibes as you swing around the city!

1) Is Spider-Man a British or American movie?
Spider-Man is a famous American superhero movie based on the Marvel-Comics exclusively directed by Sam Raimi.

2) When was spider-man firstly released?
The first-ever spider-man movie has been released on May 3, 2002. The film is highly famous among fans and followers.

3) How many Spiderman movies are there together?
There have been eight different Spider-Man movies spanning across different generations.

4) When will be latest Spider-Man movie be released?
The third installment in Tom Holland's solo Spider-Man films will be released on December 17, 2021.

5. Who portrays the character of Spider-man in the latest Spider-Man No Way Home?
Tom Holland as Peter Parker portrayed the role of a spider-man, who received spider-like abilities after being bitten by a radioactive spider.

6) Who plays the role of MJ in Spider-Man 2021?
Zendaya interpreted the role of MJ, a classmate, and girlfriend of Parker, whose real name is Michelle Jones.

7) Who is the villain in Spider-Man 2021?
The Norman version of the Green Goblin is reported as Spider-Man's archenemy. The second Goblin, Harry Osborn, is Norman's son and Peter Parker's best friend.

8) Who acts the role of Electro in Spider-Man 2021?
Jamie Foxx acts the character of Electro, an electrical tradesman who acquires electric powers after an accident.

10) Will Willem Dafoe will appear in Spiderman 2021 movie?
It has been confirmed in the trailer that he will indeed make an appearance in the Spider-Man 2021.