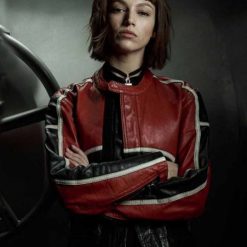 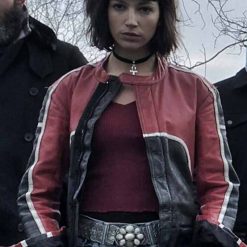 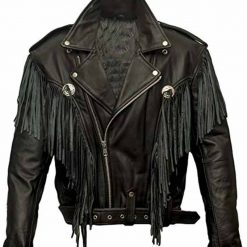 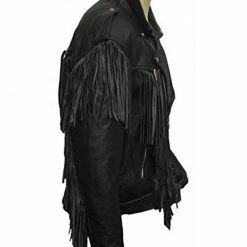 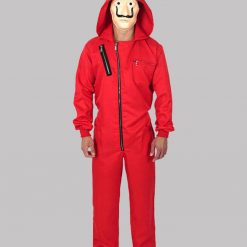 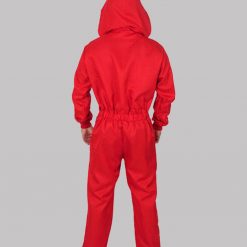 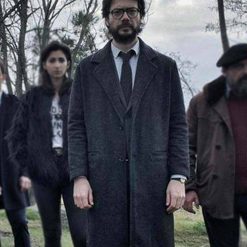 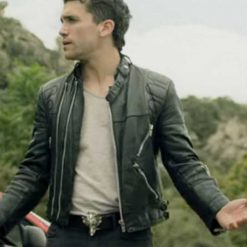 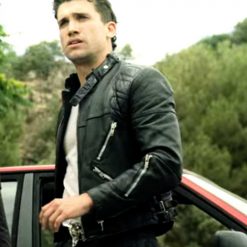 There are many types of heists, which mostly end up with the robbers surrendering themselves to the cop because the Police are always two steps ahead of them, but what if the robbers in the heist are four steps ahead of the Police. Well, that's what Money Heist is all about. La Casa De Papel has not just stolen all those millions from the banks, but what they have stolen more important than that are the hearts of their fans with not just their performance but with their mastermind techniques and when it comes to techniques and planning, who can beat The Professor in that. Other than their heist, the other things that have looted the fans are the charming and flamboyant attires of the cast. Therefore, we have created this Money Heist Jackets Category: a category where you will find all those breath-taking attires from the Money Heist Merchandise to give off killer vibes. These Money Heist Outfits include El Professor Trench Coat, Nairobi Black Fringes Jacket, El Profesor Coat, Tokyo Red Leather Jacket, the iconic red Jackets worn during the heist, and many others outwear on which you will definitely want to lay your hands. So, don't wait, just grab your favorite of these Money Heist Jackets and Coats and sing BELLA CIAO!

4) How does Professor approach Raquel Murillo?
Professor has a talented personality with substantial skills. He approaches Raquel at a bar by helping her while she was struggling with a case and family cautions. He then also achieves the trust of Murillo.

5) How professor can hear whatever's going on at police HQ?
He expertly planted the bug inside a cop's glasses when the professor went inside with the medical team to treat Arturo.

6) Who played the famous character of Berlin?
Pedro Alonso played the role of Berlin, who is a terminally ill jewel thief and the professor's older brother.

7) Where was the first heist held, and how much is it about?
Professor with a group of eight skilled people plans a heist to enter The Royal Mint of Spain and steal about €1.2 billion.

8) Who is Nairobi in the series?
Ágata Jiménez is Nairobi, an expert in counterfeiting and forgery, is in charge of printing the money and supervising the gold melting.