The Dark Knight Rises Bane Coat is an ideal inspiration from the outfit enrobed by a leading character Bane in The Dark Knight Rises. In the film, Bane appears as the ruthless terrorist who is the friend and the guard of Talia al Ghul. He is the field commander of League of Shadows. Bane is powerful and expert in both strategy and physical combat. He won over Batman in combat and divided the citizens of Gotham City. Bane traps the Gotham police in sewer and ruins the bridges around the city. Bane exposes the truth about Harvey Dent and releases the prisoners. In the end, as Bane reaches to kill Batman, Selina arrives and eventually kills Bane. Tom Hardy played the character of Bane.

The pointed The Dark Knight Rises Bane Leather Coat is an augmentation of premium quality leather material. It consists of soft sewed viscose lining inside it, and the exterior carries a button fastening with the addition of a charming shearling style collar. Furthermore, it contains full-length sleeves belted button cuffs, and the product is exclusively available in its marvelous Brown color. 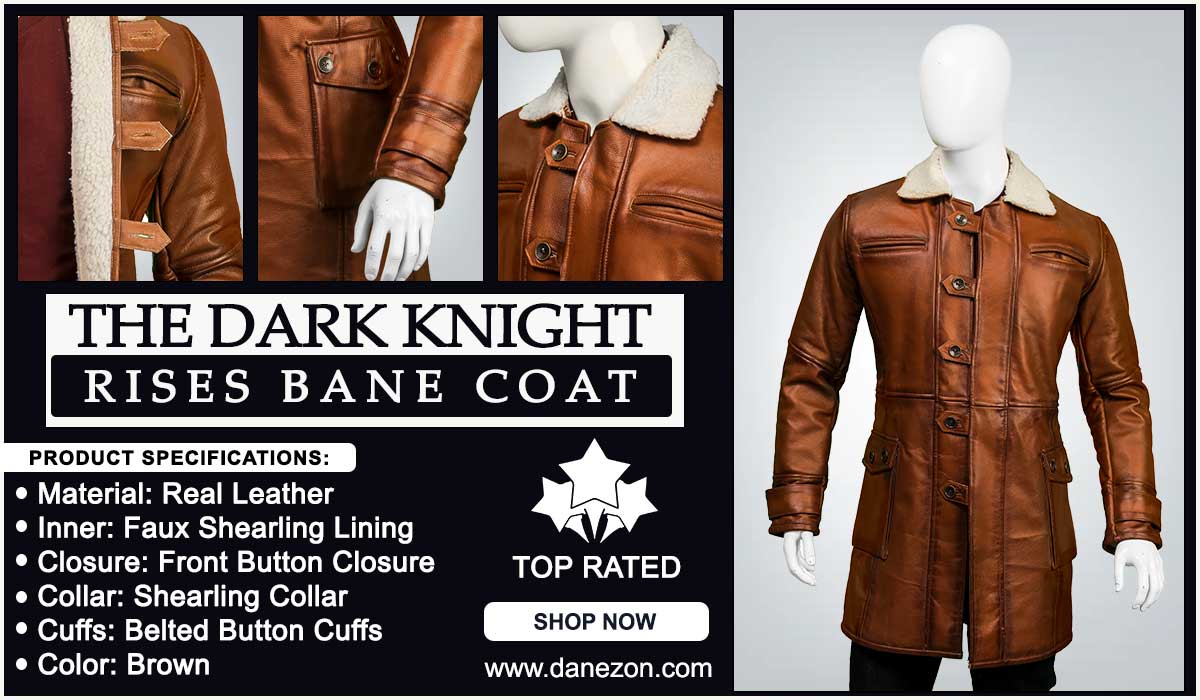