SKU: N/A Categories: Celebrity Jackets, Mens Outfits, Winter Sale
Contact Us
Email us 24/7 and we will respond with in 12 Hours

The indicated Daft Punk Instant Crush Shark Jacket Julian Casablancas is an imitation of the jacket that Julian wore in one of his many appearances. Julian Casablancas is a singer and a songwriter who is also the lead vocalist of the rocks band named The Strokes and The Voidz. During the Strokes’ pause between the release of their third and fourth album, Julian started his solo career during which he also released an album in 2009. He then also further produced collabs with several other artists including The Lonely Island and Daft Punk. He then further also founded the independent record label Cult Records in 2009. Presently, Julian also represents artists like The Growlers, Karen O, and many others.

This Julian Casablancas Shark Jacket is an augmentation of genuine leather and consists of an inner stitched viscose lining to keep you comfortable. Its specifications feature a peak lapel collar with depressed studs, straps on shoulders, zipped cuffs, a shark logo at the back, and asymmetrical front zip closing; nevertheless, multiple zipper pockets at the front are also available. 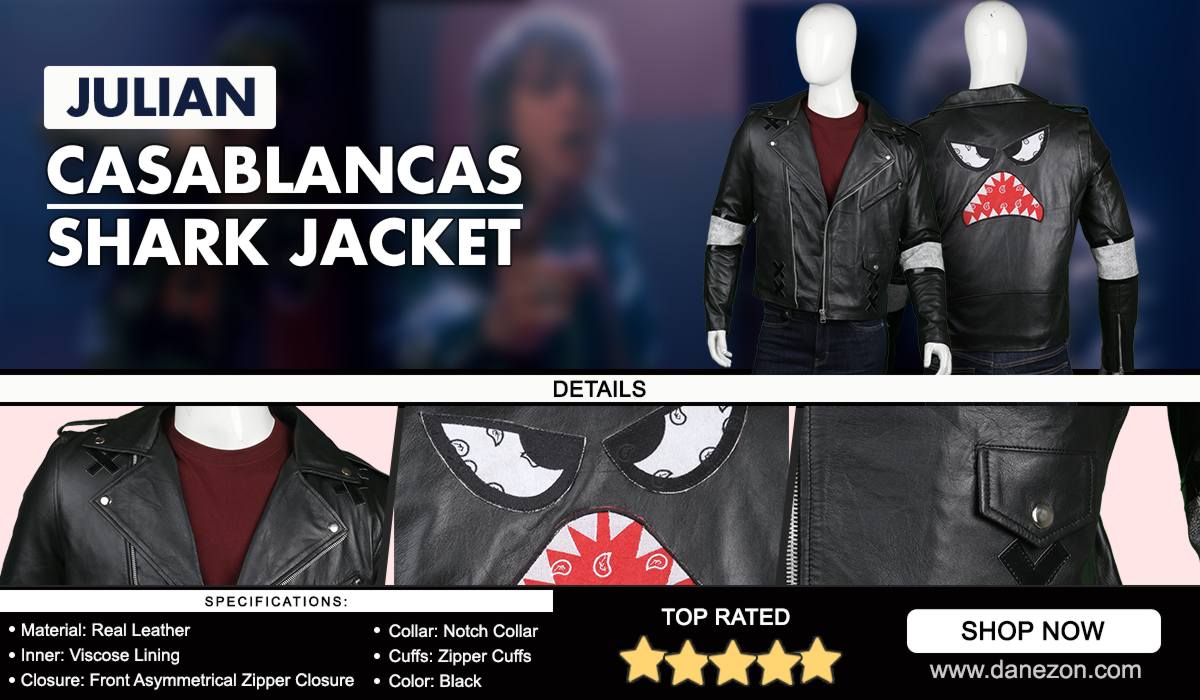