The indicated James Bond Sharkskin Suit is an impersonation of the suit that you have noticed Bond wearing in Spectre. Daniel Craig made his fourth appearance as Agent 007, James Bond. The film features another of Bond’s deadly mission. In the movie, Bond travels to Mexico, where he prevents a terrorist attack and takes the ring of the leader after killing him. After getting suspended, Bond goes to attend Marco’s funeral, where he learns that Marco was a member of a secret organization. After learning about the next target of the organization, Mr. Hinx pursues Bond. A dying Mr. White then informs Bond about his daughter. After saving Madeleine, Bond then discovers that his previous adversaries were also the members of this organization, whom Madeleine recognizes as Spectre. Oberhauser then reveals the truth to Bond and Madeleine while torturing Bond. However, Bond escapes him. After shortly reuniting with the others, Bond and Madeleine again get abducted by Oberhauser. Bond then manages to find Madeleine and escapes along with her. In the end, after Oberhauser’s arrest, Bond drives away with Madeleine.

Introduce your inner spy persona with this Spectre James Bond Sharkskin Suit, designed for you to get into the action with its elegant beauty. This suit is a fabrication of the finest quality wool blend. In addition to that, it consists of an inner stitched viscose lining to make it comfy and soothing. Other than that, its specifications include shawl styled collar, buttoned cuffs, and front button conclusion. Not just that, its mesmerizing Blue color is also available to give you the most stunning look. 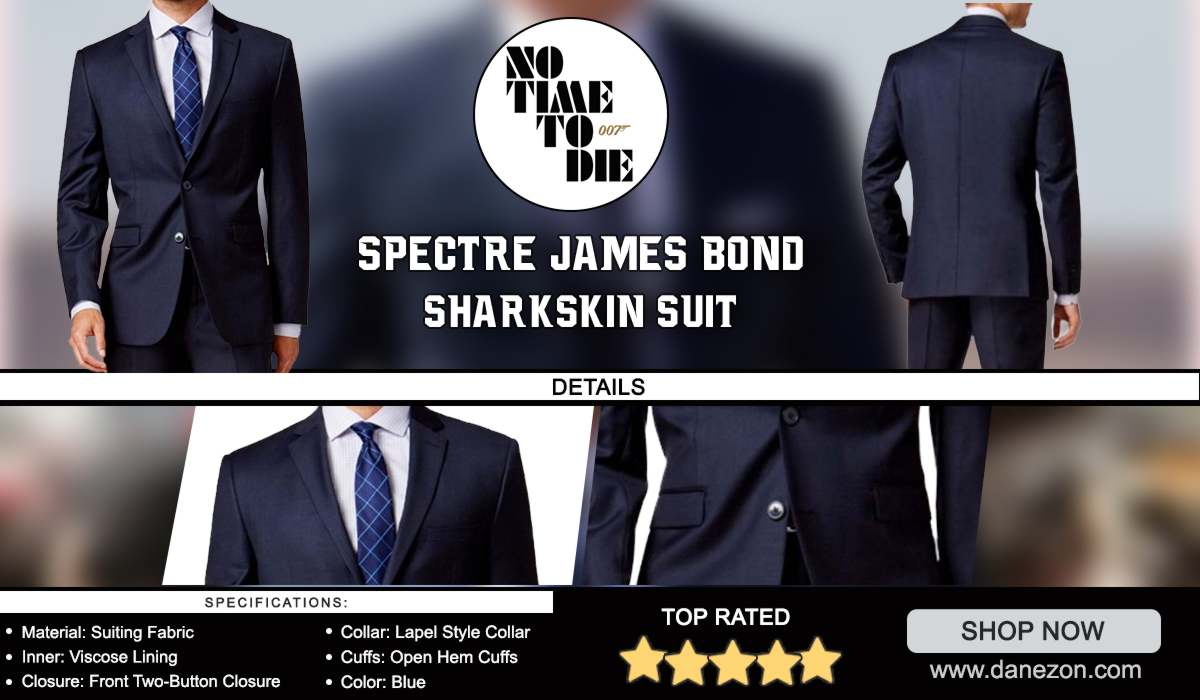