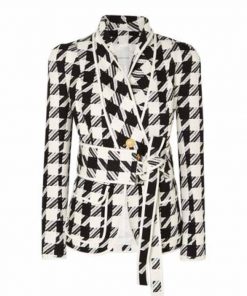 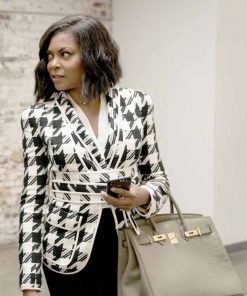 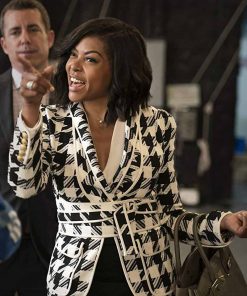 SKU: N/A Categories: Women Outfits, Womens Blazers, Womens Coats
Contact Us
Email us 24/7 and we will respond with in 12 Hours

Aforementioned, Ali Davis Blazer is an impersonation of the blazer that Ali wore in What Men Want film. In the movie, Ali Davis is a successful sports agent who faces gender biasedness due to her being female. After getting rejected for promotion, Ali signs an upcoming basketball star. She then meets a bartender named Will with whom she spends the night. Further, Ali meets a psychic named Sister, who gives Ali a tea to drink. The next day, along with her assistant named Brandon, Ali discovers that she has gained the ability to hear men’s thoughts. She then appears at a poker game and impresses Joe. Ali also learns about Will’s feelings for her. After Nick berates her, Ali reveals the truth to Will, who breaks-up with her. Later, at Mari’s wedding, Ali reveals various secrets. The next day, she finds Jamal, whom she tells to follow his heart. In the end, she reunites with Will. Taraji P. Henson portrayed the character of Ali.

The indicated What Men Want Taraji P. Henson Blazer is an astonishing blazer with such a charm that it will give you an extraordinary appearance. This blazer is an augmentation of the best-quality cotton fabric. In addition to that, the blazer also consists of an inner stitched viscose lining to keep you comfortable. The specifications of this blazer accommodate a shawl style collar, open hem cuffs, belt on the waist for adjustment, and front button closure.