SKU: N/A Categories: Gaming Jackets, Mens Outfits
Contact Us
Email us 24/7 and we will respond with in 12 Hours

The indicated Valorant Phoenix Jacket is an impersonation of the jacket that Phoenix wore in Video-Game. In the game, Phoenix is one of the agents. Phoenix has various powers. Among many of his powers, Phoenix’s star powers are quite impressive. Phoenix’s star power enables him to ignite the entire battlefield with a flame due to which he can fight on his own terms. Further, he can also reshape the battlefields into even throwing fireballs at the enemies. In other words, he can manipulate the battlefield. Furthermore, Phoenix can also be reborn after being killed, which enables him to make bold moves, as well.

The presented Valorant Jacket is an augmentation of high-quality faux leather. Also, the jacket consists of an inner stitched viscose lining to keep you comfortable. In addition to that, the specifications of this jacket accommodate an erected collar, open hem cuffs, a logo at the sleeves, and front zip fastening. 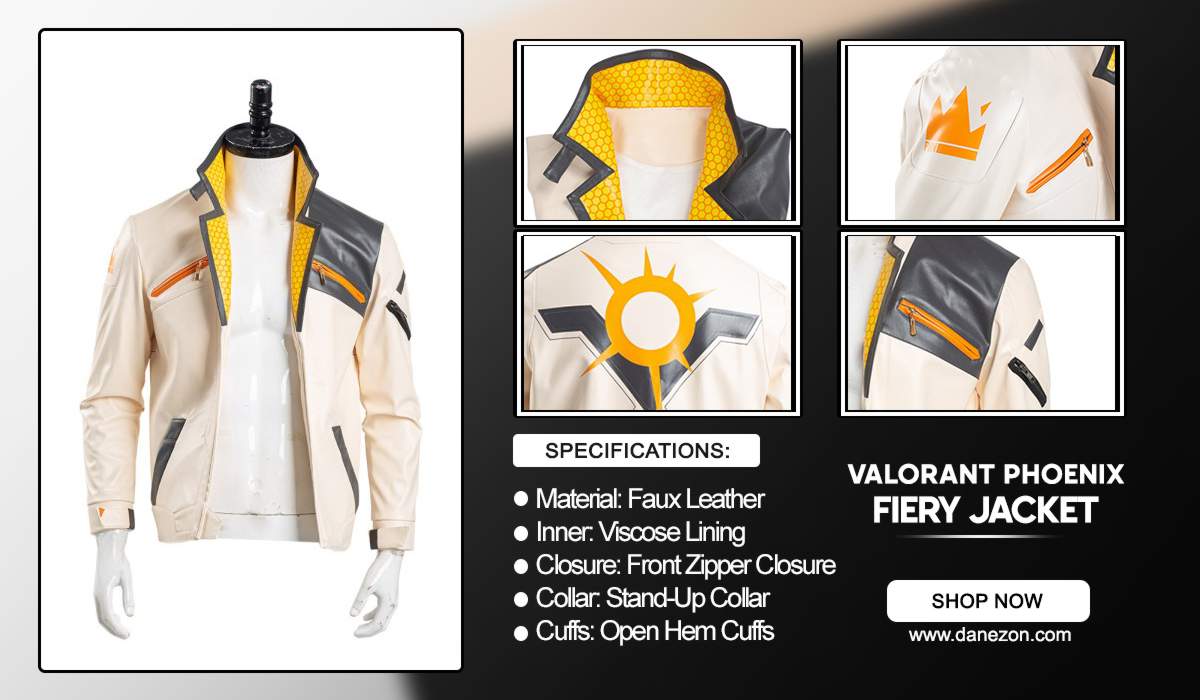