SKU: N/A Categories: The Undoing Outfits, Women Outfits
Contact Us
Email us 24/7 and we will respond with in 12 Hours

The Undoing Grace Fraser Nicole Kidman Black Coat is an impersonation of the coat that Grace wore in The Undoing TV-Series. In the series, Grace Fraser is a therapist living in New York City with her husband and son. Grace lives in an elite high-class society, full of wealthy people. During an auction event, Grace meets a strange woman named Elena. In the next few days, Grace continues to encounter Elena, including at her gym. When she encounters Elena in a bathroom at an auction event, Elena kisses Grace. The next day, when Elena’s corpse is discovered, Grace gets pulled into the investigation with her family. Throughout the investigation, various other truths are also revealed. Furthermore, Grace also takes advice from her father, Franklin Reinhardt. Legendary actress Nicole Kidman played the role of Grace.

Nicole Kidman The Undoing Black Trench Coat is the manufacturing of the best-quality wool blend. Not just that, the coat also consists of an inner stitched viscose lining to make it comfortable enough to keep you comfortable and relaxed. In addition to that, the aspects of this jacket comprehend a peak lapel collar, open hem cuffs, and an open style front. 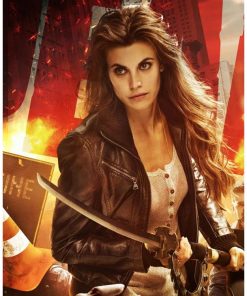 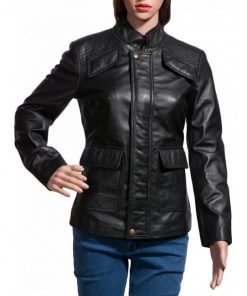