The indicated Caitlin Lewis Jacket is a facsimile of the jacket that Caitlin wore in Pretty Little Liars: The Perfectionists TV-series. In the series, Caitlin Park-Lewis is one of the most intelligent students at Beacon Heights University. She also has a relationship with Jeremy Beckett. Further, she also pretends to be Nolan’s fake girlfriend in public. When Caitlin asks Nolan to stop pretending, he blackmails Caitlin with her mother’s affair. After Allison’s class, when Caitlin, Ava, and Dylan meet in the woods, they jokingly plan to kill Nolan. However, the next day, Nolan gets murdered in the same way. When Caitlin goes to comfort Ava, she accuses her of killing Nolan and the way she planned. Further, Caitlin convinces Ava to remain together along with Dylan. After the funeral, Ava and the others meet a former FBI agent named Dana Booker, who assures them of finding the murderer. When Dana provides them an alibi, Caitlin starts to collect all the details of the alibi along with Ava and Dylan. When Ava runs out of class, and Caitlin chases her, Dana interrupts her. Further, Avan then also admits to Caitlin and Dylan that she followed Nolan on the night of his death. When Mason starts acting weird, Caitlin, along with Ava, suspects him. When Caitlin lies to Claire about her whereabouts on the night of Nolan’s death, she suspects her. When Mason blackmails her, Caitlin then confesses to Ava about revealing her identity to BHU. Caitlin then also tricks Mason into going out to a cabin with her. Caitlin then also attempts to drug Mason but fails due to which she knocks him out. As she and Dylan wait for Ava to arrive, Caitlin gets run over by a car and gets badly injured. Sydney Park portrayed the character of Caitlin.

This The Perfectionists Caitlin Lewis Jacket is an augmentation of high-quality original leather and contains an inner stitched viscose lining to keep you comfortable. Its specifications feature a peak lapel collar, straps on shoulders, zipped cuffs, belt on the waist for adjustment, and asymmetrical front zip fastening; moreover, multiple pockets at the front are also available. 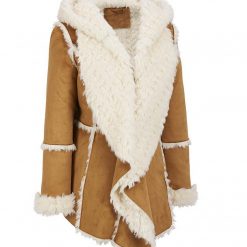 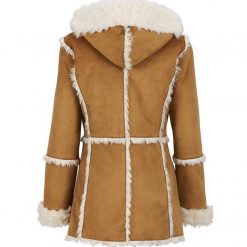 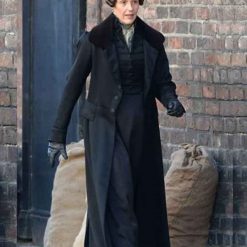 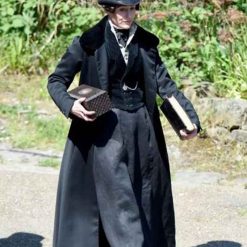 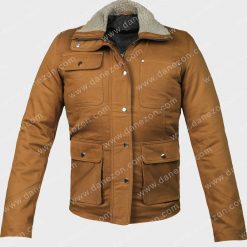 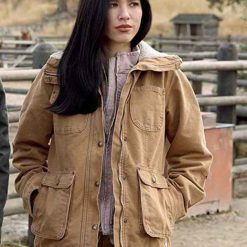 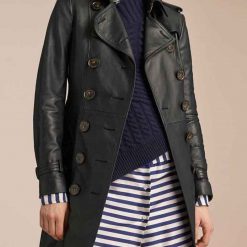 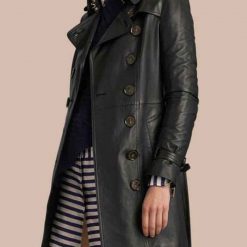