SKU: N/A Category: Joker Costumes
Contact Us
Email us 24/7 and we will respond with in 12 Hours

Aforementioned, The Dark Knight Joker Coat is an impersonation of the coat that Joker wore in The Dark Knight film. In the movie, Joker appears among a mob who kills each other after a bank robbery. When the mob bosses are having a conference, Joker then also offers them to kill Batman in exchange for half of their money, but they refuse. Further, Joker then kills Gambol and takes over his gang. Joker then threatens Batman to kill several people if Batman does not reveal his identity. Further, Joker then kidnaps Rachel and Harvey and keeps them hostage at two separate locations rigged with explosives. When Commissioner Gordon captures Joker and Batman interrogates him, Joker gives him Harvey’s location instead of Rachel’s. At the hospital, Joker then finds Harvey and convinces him to seek revenge. Later, he then also destroys the hospital and escapes along with a bus full of hostages. Later, at the mid-night, Joker then rigs two ferries with explosives among which, one carries civilians and one carries prisoners. With the help of Lucius Fox, Batman then finds Joker. In the end, Batman defeats Joker. The legendary artist Heath Ledger portrayed the role of Joker.

This Heath Ledger Joker Purple Coat is an augmentation of the top-notch quality wool blend and consists of an inner stitched viscose lining to keep you comfortable. Its specifications feature a peak lapel collar, buttoned cuffs, and front button conclusion; moreover, two flap pockets at the waist are also available. 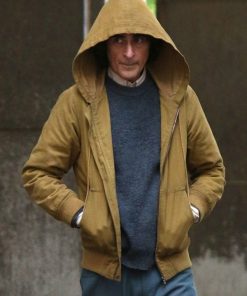 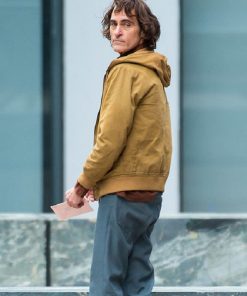 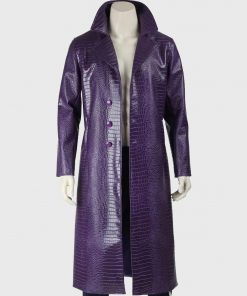 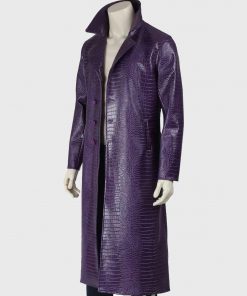 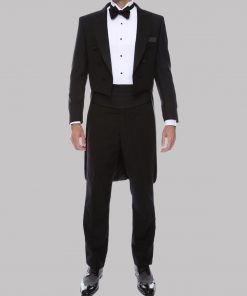 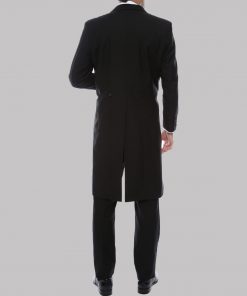 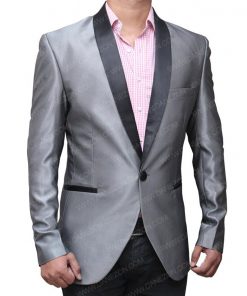 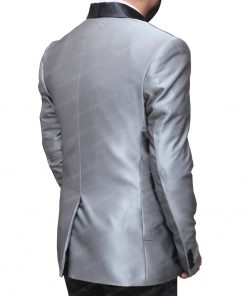