SKU: N/A Category: Taylor Swift Outfits
Contact Us
Email us 24/7 and we will respond with in 12 Hours

The indicated Taylor Swift Sherpa Jacket is a facsimile of the jacket that you have seen Taylor wearing in one of her appearances. Starting her career at the age of 14, Taylor Swift is one of the youngest stars ever to be signed. She started her career with her first album debut in 2006. The album was also remarked as the longest-charting album of the 2000s. Followed by the first album, Taylor’s second album named Fearless also faced success in 2008. Due to songs like Love Story and You Belong With Me, Taylor’s second album was the best-selling album of 2009. Further, she then produced various albums, all of whom were a huge success. Other than that, Taylor also has a career in movies, including The Giver, Cats, Valentine’s Day, and a few others. Even though her public image has been criticized several times, but she has always kept up with her kind and generous personality. Therefore, she has received a humanitarian award, as well.

The presented Taylor Swift Black Bomber Sherpa Jacket is an augmentation of the best-quality denim fabric and also consists of an inner stitched viscose lining to keep you comfortable. The specifications of this jacket accommodate a shirt style shearling collar, shearling cuffs, and front button closure. 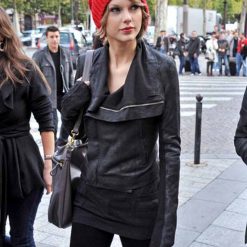 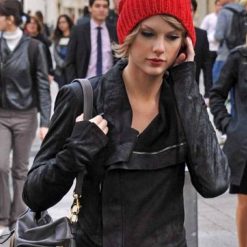 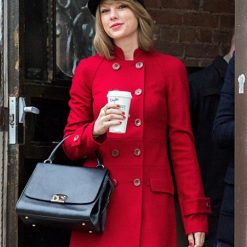 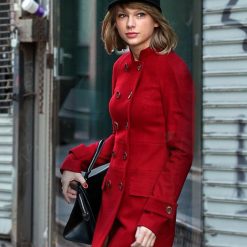 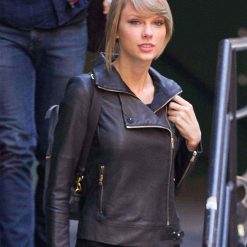 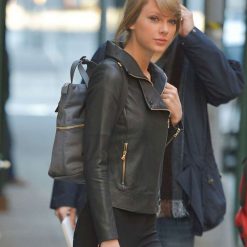 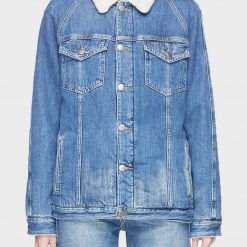 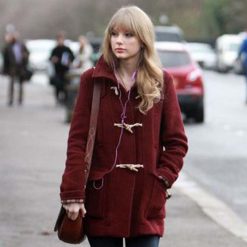 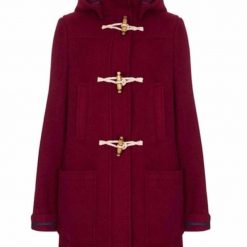 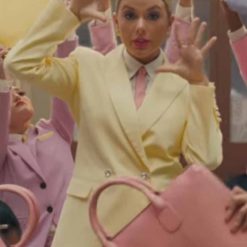 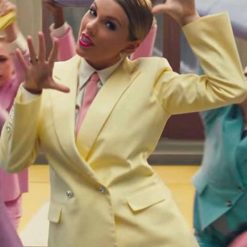 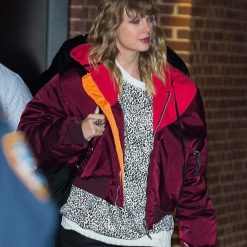 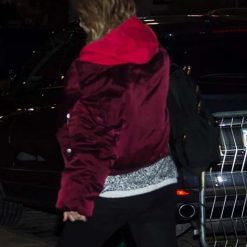 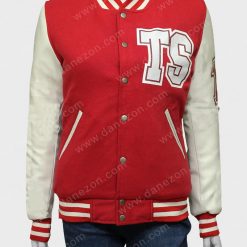 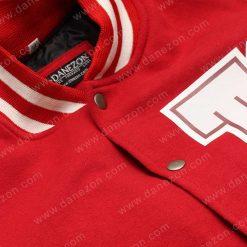 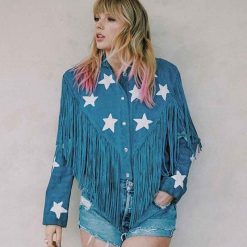 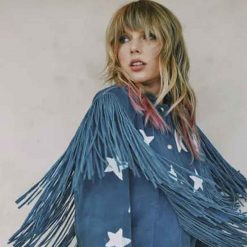 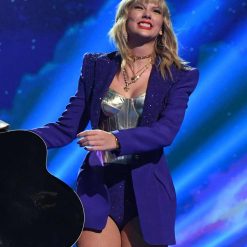 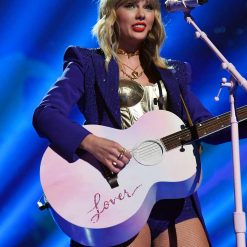