SKU: N/A Categories: New Arrival, Spinning Out Merchandise, Tv Series Jackets, Women Outfits
Contact Us
Email us 24/7 and we will respond with in 12 Hours

This Jenn Yu Bomber Jacket is an imitation of the jacket that Jenn wore in Spinning Out TV-Series. In the series, Jenn Yu is an ice skater and a friend of Kat. Further, Jenn also supports Kat on various occasions. When Carol arrives to argue with Kat, Jenn fights for her. However, she suffers from an injury but gets afraid to tell anyone about it. After talking to her parents, Jenn then realizes that they have already invested enough money on her. Jenn then also hooks up with Justin but refuses to tell anyone about it. Later, when she discovers about Justin and Kat, Jenn ends her friendship with Kat. As she begins to ignore her injury and deliver difficult performances, Jenn’s injury begins to get worse. During a performance, when Jenn gets hospitalized, she gets afraid that her career will end. In the end, Jenn reconciles her friendship with Kat. Amanda Zhou portrayed the character of Jenn.

This Jenn Yu Black Bomber Jacket is the production of the top-notch quality satin fabric. Additionally, this jacket features a viscose lining which is stitched inside to keep you comfortable. The features of this jacket comprehend an erected collar, snap-tab button cuffs, rib-knitted hemline, a stripe at the front, and front zip fastening. 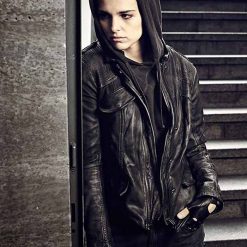 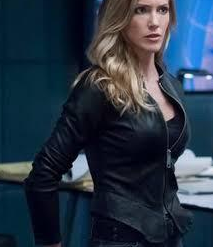