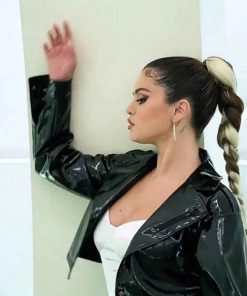 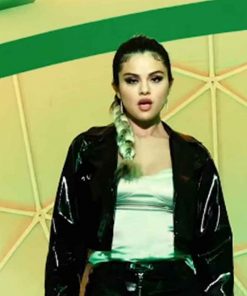 Aforementioned, Look At Her Now Song Jacket is an imitation of the jacket that Selena wore in Look At Her Now song. This song is the second single from Selena’s third album named Rare. The song was released on October 24, 2019, the next day after the release of Lose You To Love Me. Upon its release, Look At Her Now became a massive hit and blockbuster. In Canada, Greece, Hungary, Ireland, and various others, the song entered the Top 20 charts. Other than that, the song was also praised.

The indicated Look At Her Now Song Jacket Selena Gomez Jacket is an augmentation of the high-quality PU leather. Not just that, the jacket also comprehends a viscose lining that is stitched inside to make it comfortable enough for you to wear. In addition to that, the features of this jacket accommodate a peak lapel collar, straps on shoulders, zipped cuffs, and front asymmetrical zip fastening.