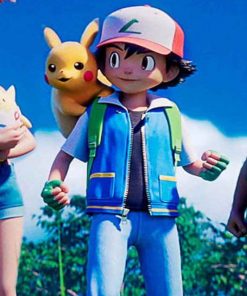 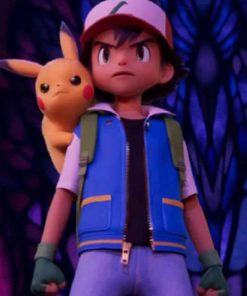 SKU: N/A Categories: Mens Leather Vests, Mens Outfits
Contact Us
Email us 24/7 and we will respond with in 12 Hours

The indicated Pokemon Ash Ketchum Jacket is an imitation of the jacket that Ash wore in his many appearances throughout the Pokemon. Ash Ketchum is the protagonist in the Pokemon anime series and other media related to the franchise. Ash’s dream is always to become a Pokemon Master. Also, Ash has a pokemon named Pikachu, who helps Ash on various occasions. As Ash continues his adventures, he makes various allies as well as foes during his journey. Various voice actors have voiced the characters of Ash.

The presented Ash Ketchum Blue Bomber Leather Jacket is an augmentation of high-quality original leather. Not just that, the jacket also consists of an inner stitched viscose lining to keep you comfortable and relaxed. In addition to that, the specifications of this jacket accommodate a shirt style collar, rib-knitted hemline, and front zip fastening.