Please See the Size Chart Before Selecting Your Size Compare

This Persona 5 Joker Coat is a replica of the coat that Joker wore in the Persona 5 video game. Ren Amamiya, who is also known as the Joker, is the protagonist of the game. In the game, Ren is a teenager with rebellious nature who gets into probation when a politician falsely accuses him of assault when Ren stops the politician from assaulting a woman. Further, he then also transfers to school due to the incident. Ren then lives along with a coffee shop owner named Sojiro. When he reaches on Shibuya, Ren also witnesses a weird app inside his phone, which, when Ren opens, the world around him stops, and a mysterious figure appears. After that, Ren that deletes the app. When Ren goes to sleep, he wakes up in the Velvet Room, where he meets Igor, who explains about the Velvet Room to him. The next day, when Ren opens the app, he witnesses a girl, whom a teacher gives a ride. Further, Ren, then along with Ryyuji, helps Ann by exposing Kamoshida by stealing his treasure in his palace. He then also meets a cat-like creature named Morgana, whom he frees. Ren, then along with Ryuji, Ann, and Morgana, becomes popular as the Phantom Thieves. He then also helps various people and also changes the hearts of various powerful people. During his battle with Yaldabaoth, Ren then awakens his ultimate persona named Satanael and defeats him. In the end, as the woman testifies against Shido, all of Ren’s charges and his probation get dropped. Xander Mobus voiced the character of Joker.

This Persona 5 Joker Black Coat is a fabrication of high-quality Cotton Fabric, and it consists of an inner stitched viscose lining to keep you comfortable. Its specifications comprise a broad peak lapel collar, buttoned cuffs, and front button conclusion. 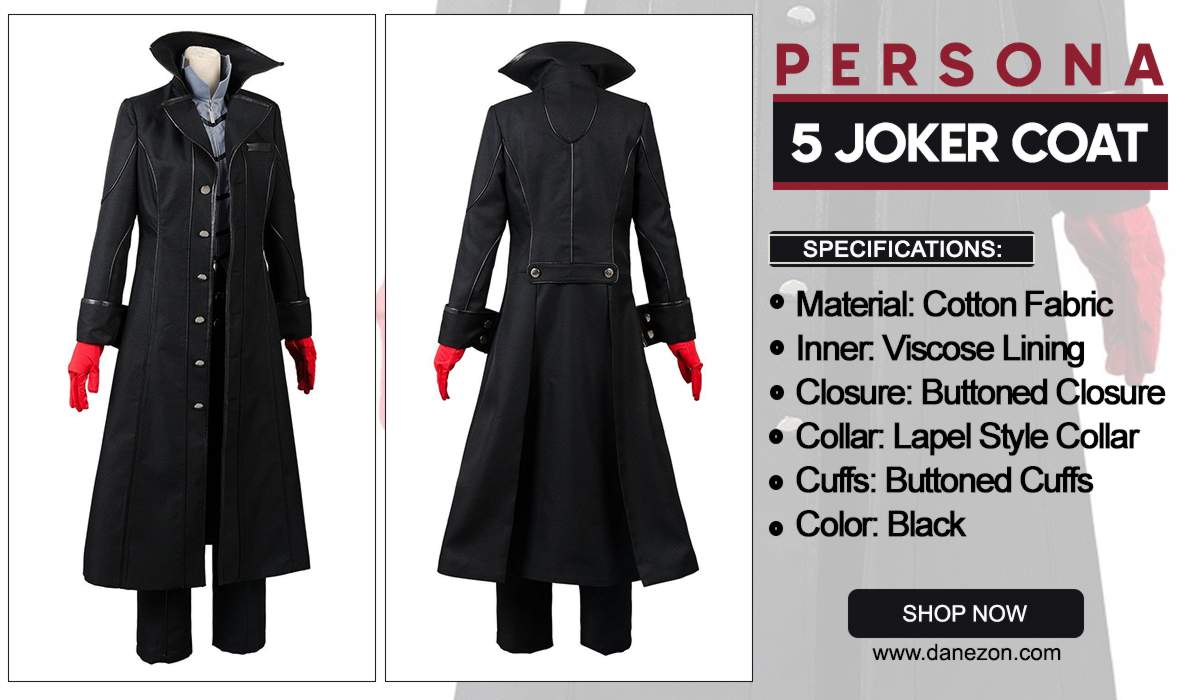