This Luca Changretta Coat is a replica of the coat that Luca wore in the Peaky Blinders TV-series. In the series, Luca Changretta is the son of Vicente Changretta. When Shelby kill Luca’s brother and father, he collects information about them from his mother and goes to take revenge on Thomas and his family. Luca first appears in Liverpool to stamp his passport. He then further learns about Thomas Shelby. During a meeting with Thomas, Luca meets him at his factory. He then also gets into an argument along with Thomas. After Thomas approaches Luca by his name, Luca then reveals his agenda to destroy the Shelby family to avenge his father’s death. Further, he then also learns about Luca’s plan and the betrayal in his family. In the end, Thomas kills Luca during a fight. Adrien Brody performed the character of Luca.

This Peaky Blinders Adrien Brody Coat is a production of the top-quality wool blend, and it features an inner stitched viscose lining to keep you enjoyable. Its specifications comprise a peak lapel collar, open hem cuffs, and double-breasted front button conclusion. The jacket also contains two flap pockets at the waist. 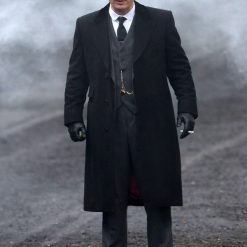 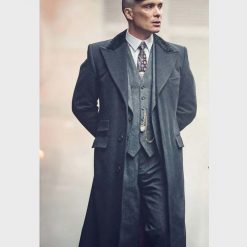 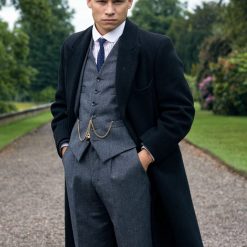 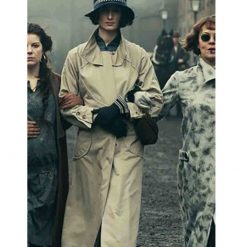