SKU: N/A Categories: James Bond Outfits, Mens Outfits, New Arrival, No Time to Die Outfits
Contact Us
Email us 24/7 and we will respond with in 12 Hours

Aforementioned, James Bond Corduroy Suit is an impersonation of the suit that Bond wore in No Time To Die. No Time To Die is an upcoming spy-film, which is the Twenty-Fifth addition to the James Bond film Franchise. It features Daniel Craig’s fifth appearance as James Bond. In this movie, Bond goes on another mission, when Felix Leiter recruits Bond from his retirement to find a missing scientist. However, on his mission, Bond reunites with his several allies, including Dr. Madeleine Swann, Nomi, Q, and various others. He also encounters his multiple adversaries. As he goes deeper into the case, Bond learns that someone abducted the scientist. Other than that. Bond learns of a greater danger with the arrival of Safin.

The presented No Time To Die James Bond Corduroy Suit is the formation of the top-quality wool fabric and contains an inner stitched viscose lining to keep you comfortable. Its specifications accommodate a peak lapel collar, buttoned cuffs, and front button conclusion. 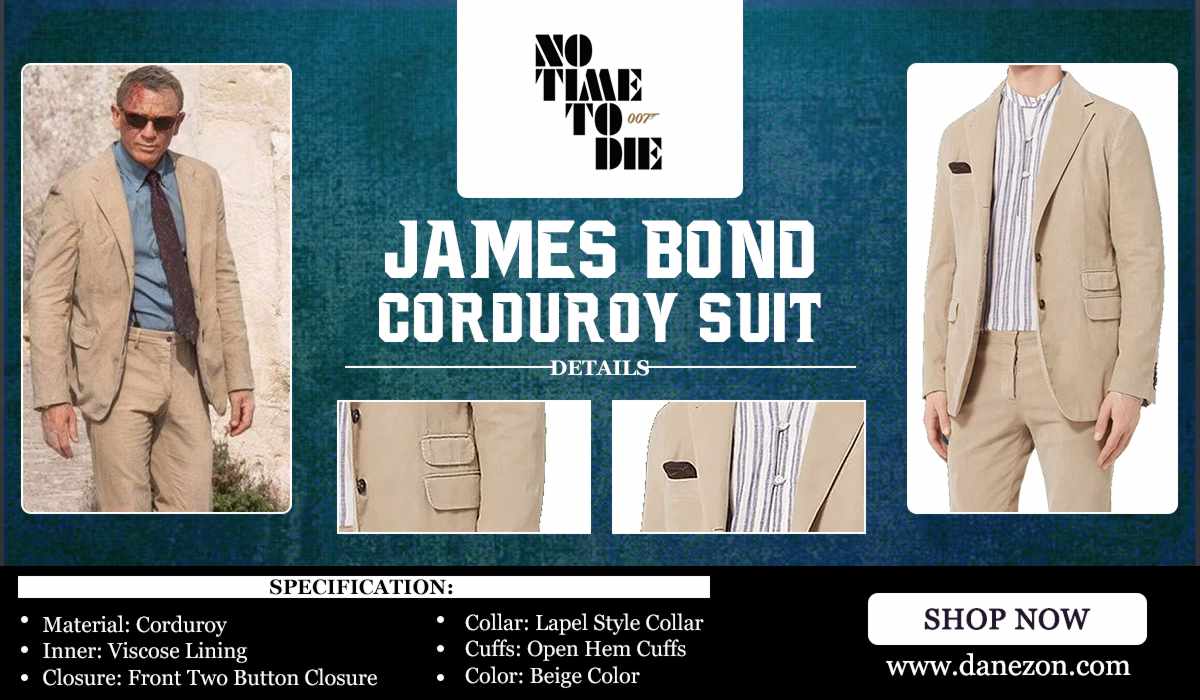 1 review for No Time To Die James Bond Corduroy Suit