The indicated Chloe Decker Jacket is a facsimile of the jacket that Chloe wore in Lucifer TV-series. In the series, Chloe is an LAPD homicide detective. Chloe previously had a little career in acting, but after her father’s death, she decides to become a Police Officer like her father. She also has a daughter named Trixie. Chloe then also meets Lucifer Morningstar during a murder case which occurred outside Lucifer’s club. Lucifer then also helps her in solving the case. Further, she then solves various cases along with Lucifer, who helps her even after her objection. Later, Chloe then also falls in love with Lucifer. In the end, Lucifer confesses his love to her and leaves to Hell. Lauren German portrayed the character of Chloe. 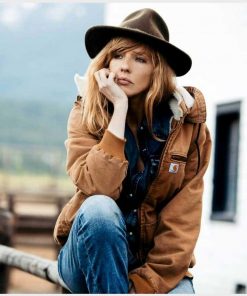 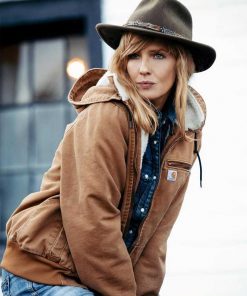