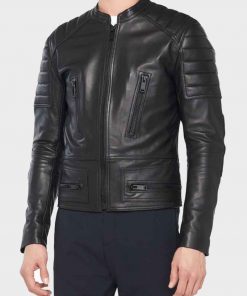 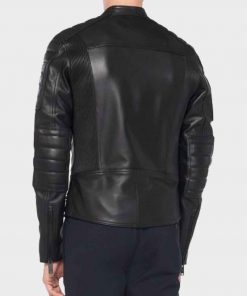 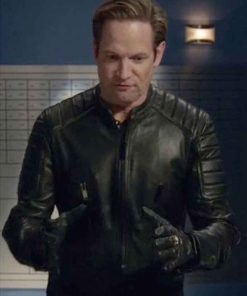 The indicated Eobard Thawne Leather Jacket is an imitation of the jacket that Eobard wore in Legends Of Tomorrow TV-Series. In the series, Eobard Thawne returns from his time into the past to retrieve the Spear Of Destiny. To retrieve the Spear, he then recruits Damien Darhk to help him. Eobard then also kills Rex Tyler to retrieve the Medallion. Along with Damien, Eobard attempts to defeat Legends on several occasions. Further, he then recruits Malcolm Merlyn, as well. Later, he, along with Malcolm Merlyn and Damien Darhk, manipulates Rip Hunter’s memory to help them. After retrieving the Spear, Eobard changes reality. In the end, Sara brings Black Flash, who kills Eobard and erases him from existence. Matt Letscher performed the role of Eobard.

The presented Legends of Tomorrow Eobard Thawne Leather Jacket is an augmentation of the best-quality genuine leather to give it a tantalizing sensation. Also, the jacket contains a viscose lining that is stitched inside to keep it comfortable. Other than that, the specifications of this jacket include an erected collar, padded shoulders, zipped cuffs, and front zip fastening.