SKU: N/A Categories: Mens Outfits, Mens Varsity Jackets
Contact Us
Email us 24/7 and we will respond with in 12 Hours

The presented Kanye West Pastelle Jacket is the impersonation of the attire that was worn by the famous actor Kanye West. Kanye is a popular American rapper, producer, and artist who was born in Atlanta. In Early 2000, he worked as a producer and release different singles and mainstream artists. To initialize his career as a solo rapper, he produced his first rap named The College Dropout in 2004, which resulted in commercial success and earned the name of Good Music. After this, he produced many albums continuously, including Late Registration, Yeezus, and Watch the Throne, respectively. Also, West is one of the famous and the world’s best-seller, having 140 million records been sold around the globe and granted 21 Grammy awards in his life.

The Pastelle Varsity Jacket is the imitation of brilliant quality fleece fabric material that is good enough to give you a comfort zone. The jacket also has a soft stitched viscose lining inside it, while the outside has a front zipper closure fastening along with a posh rib-knitted collar. Further, it has long sleeves open hem cuffs with its fashionable Black color. 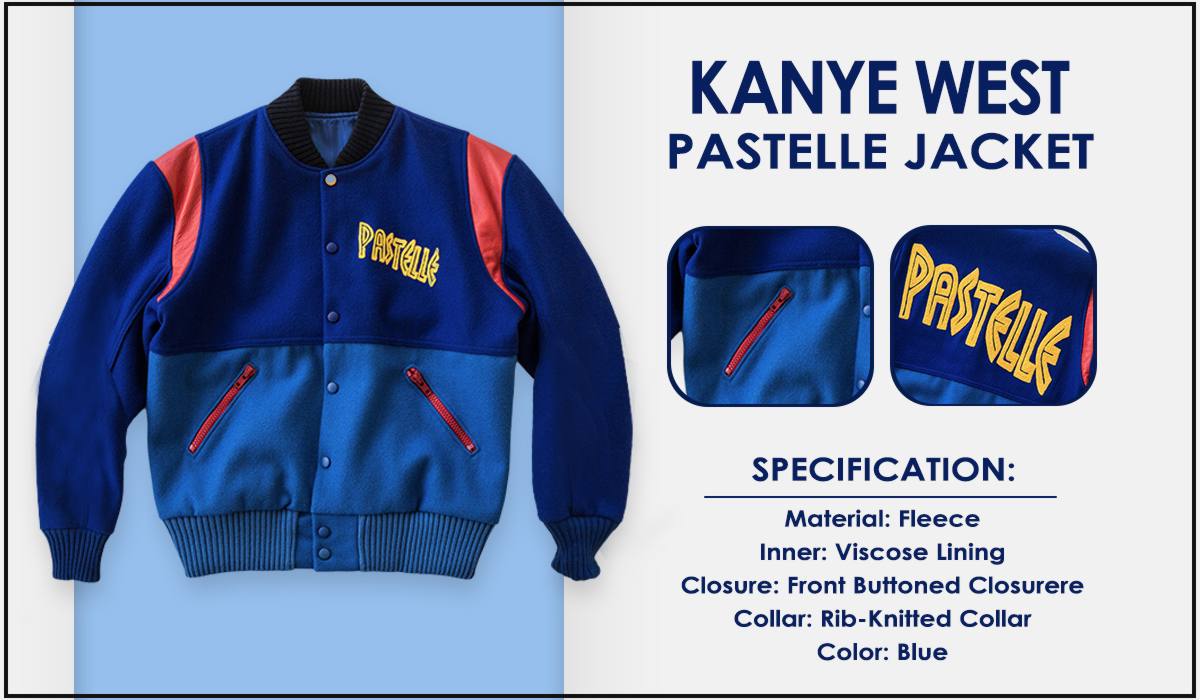