SKU: N/A Categories: James Bond Outfits, Mens Outfits, The Gentlemen Outfits
Contact Us
Email us 24/7 and we will respond with in 12 Hours

Aforementioned, Skyfall Blue Dinner Tuxedo is an imitation of the tuxedo that Bond wore in Skyfall. In the movie, during a mission in Istanbul, when James Bond fights Patrice, Moneypenny accidentally kills Bond on the orders of M to kill Patrice. After he is presumed dead, Bond goes into retirement. However, when he learns about the attack on the MI6 building, he returns to London. Even though he fails various tests, but M still approves Bond to return to the field-work. After finding Patrice, Bond chases him, but Patrice dies. Further, he then goes to a casino in Macau to learn about Patrice’s employer. At the club, he meets Severine, who informs Bond about the guards. Bond then kills the guard and escapes. Later, he then learns that the employer is Raoul Silva. When Silva captures him, Bond alerts MI6 for them to arrest him. After Raoul escapes MI6, Bond chases him and prevents him from killing M. Later, Bond then takes M to his childhood home and sets a series of traps along with Kincade. When Raoul arrives in a helicopter, Bond sends M and Kincade through a tunnel and goes himself, as well. In the end, as Raoul is about to kill M, Bond arrives and kills him. Daniel Craig portrayed the role of James Bond.

The indicated James Bond Skyfall Blue Dinner Tuxedo is a classic tuxedo to give you all the charms that you need to make an astounding appearance. This tuxedo is a fabrication of the best-quality wool blend. Also, it consists of an inner stitched viscose lining to make it comfortable whenever you wear it. Its specifications include a shawl styled lapel collar, buttoned cuffs, and front button closing. 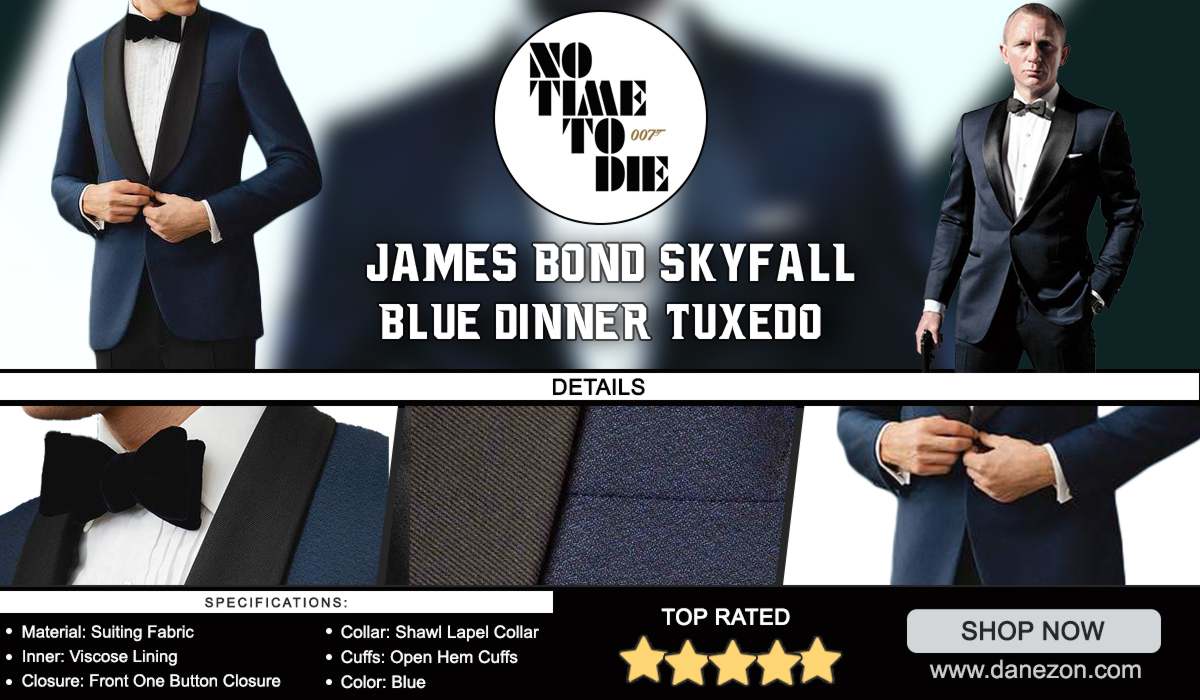