SKU: N/A Categories: James Bond Outfits, Mens Outfits, New Arrival, The Gentlemen Outfits
Contact Us
Email us 24/7 and we will respond with in 12 Hours

This James Bond Quantum Of Solace Tuxedo is an imitation of the tuxedo that Bond wore in Quantum Of Solace. In the movie, after the events of the previous film, Bond hands over White to M. When Craig Mitchell attempts to kill M, Bond kills him. When Bond goes to search Mitchell’s flat, Bond learns about Edmund Slate. Bond then also learns about Camille Montes. After rescuing Camille, Bond then follows Greene to a meeting of the Quantum. When Bond infiltrates Quantum’s meeting, he throws a bodyguard off the roof. M then cancels Bond’s passports and credit card. Further, Bond then attends a party by Greene, where he again rescues Camille. However, when the policemen stop Bond and Camille, they kill them and escape. Later, Bond then also meets Felix, who informs him about the meeting between Greene and Medrano. During the meeting, Bond then attacks the complex and kills everyone. After capturing Greene, Bonds then interrogates him and leaves him stranded. In the end, he accepts M’s invitation. Daniel Craig performed the character of James Bond.

This Quantum Of Solace James Bond Tuxedo is a sassy attire for you to adopt a seductive spy persona. This tuxedo is an augmentation of the high-quality wool blend. Furthermore, it also consists of an inner stitched viscose lining to keep you comfortable. Its specifications comprise of a shawl styled collar, buttoned cuffs, and front button conclusion. 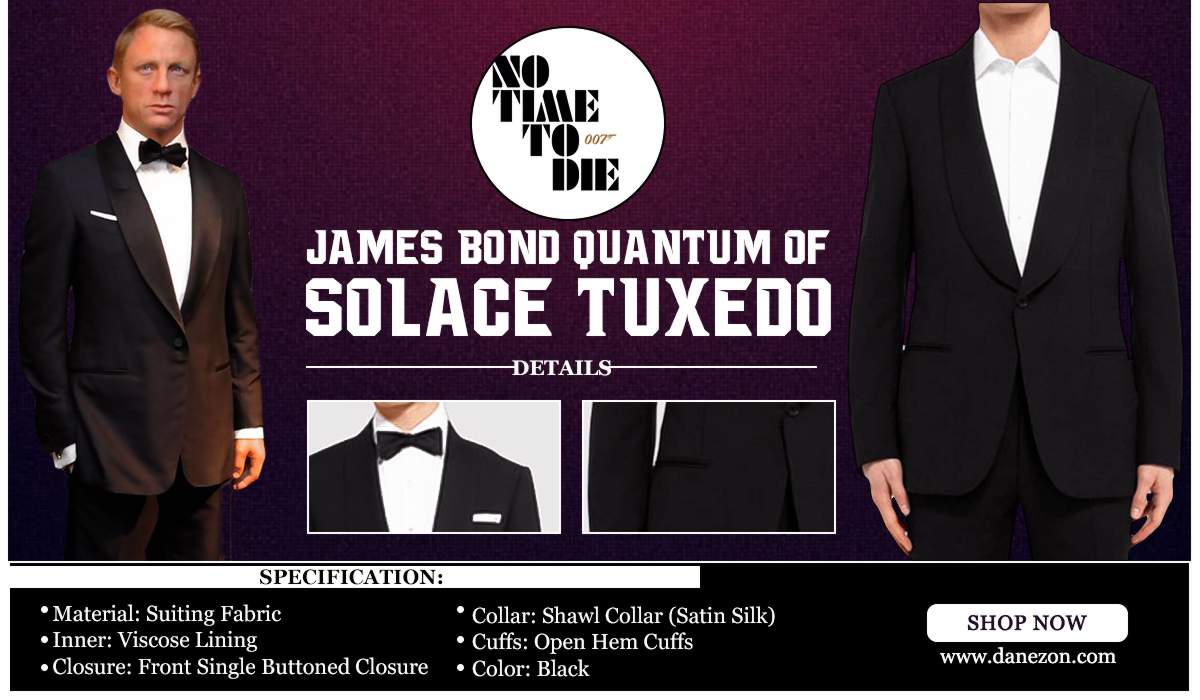