The indicated Tony Stark Quantum Jacket is a duplicate of the jacket that Tony wore in Avengers: Endgame. In the movie, Tony Stark gets stuck on Titans with Nebula when the Guardians, Spider-Man, and Doctor Strange die due to Thanos’s snap. Further, he then also gets short on food and other supplies. Tony then also works along with Nebula on the Spaceship and fix it. After arriving on Earth, Tony then reunites with the Avengers. He then also settle his differences with Steve and prepares for his final standoff with the others. Robert Downey Jr. played the role of Tony Stark.

This Robert Downey Jr Endgame Jacket is the manufacturing of high-quality PU leather, and it includes a viscose lining which is available inside to keep you relaxed. Its specifications feature an erected collar, padded shoulders, padded sleeves, padded chest, Avengers patch at the chest, zipped cuffs, and front zip fastening. 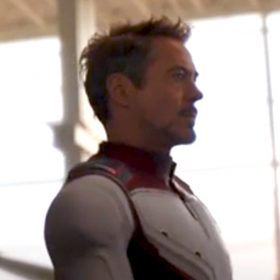