SKU: N/A Categories: Mens Outfits, Mens Vest
Contact Us
Email us 24/7 and we will respond with in 12 Hours

The indicated Infamous Second Son Delsin Rowe Vest is an impersonation of the vest that Delsin wore in the Infamous: Second Son video game. In the game, Delsin Rowe is a young American Native who works as a street artist. However, due to Delsin’s graffiti over buildings, his brother named Reggie gets irritated with him and keeps arresting him. While helping a truck of Conduits after witnessing a crash, Delsin discovers his powers accidentally. When Augustine investigates him, and he confesses, she doesn’t believe him and knocks him out. While infiltrating the island, when Augustine confronts them, Reggie sacrifices himself due to which Deslin gets angry and fights Augustine. Deslin, then along with his allies, invades the D.U.P. headquarters and assaults the soldiers while making his way into the building. During the final confrontation, Augustine then also reveals the truth to Deslin and attempts to convince him, but Deslin exposes her. In the end, Deslin defeats Augustine by using his powers with full potential. Troy Baker voiced the character of Deslin in the game.

The presented Delsin Rowe Blue Denim Vest is a fabrication of the denim fabric, and it consists of a soft inner lining to keep you relaxed and soothing. Its specifications feature a shirt-style collar, a logo at the back, and a front button closure. 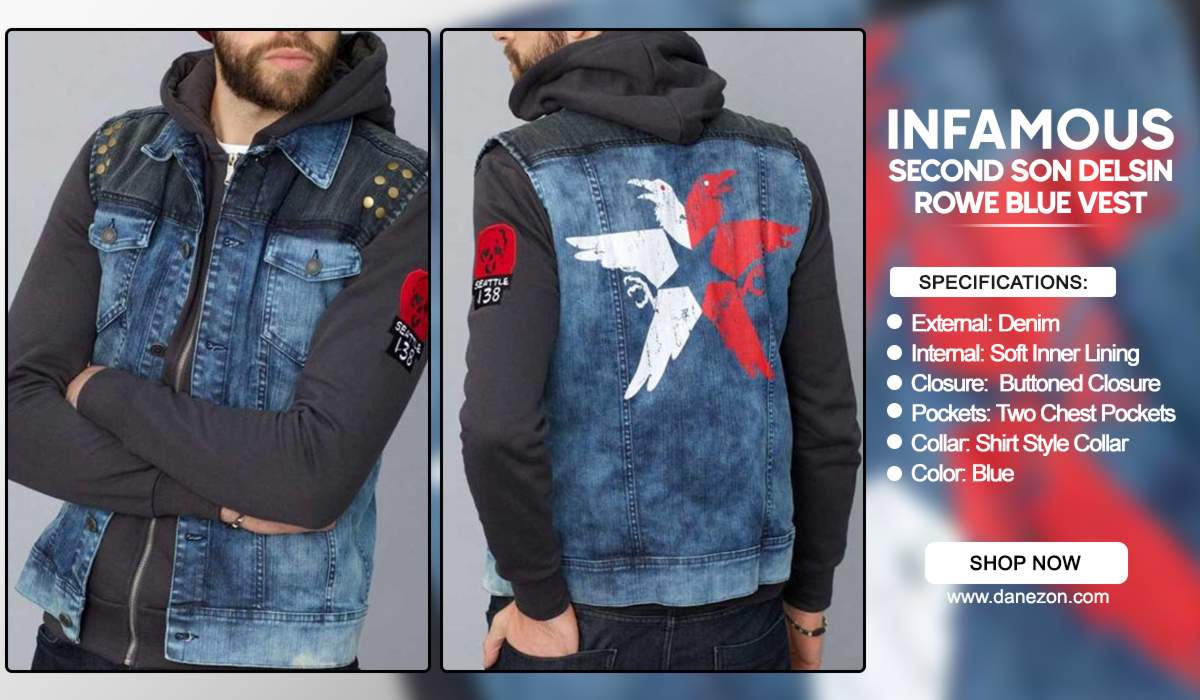