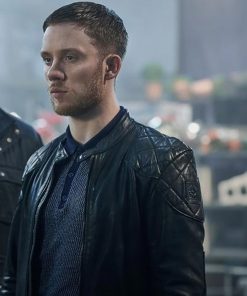 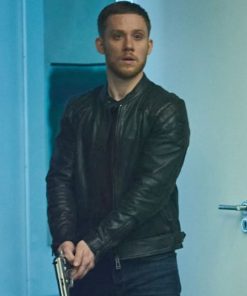 The granted Gangs of London Sean Wallace Black Leather Jacket has adopted the inspiration by the attire that was donned by the character Sean Wallace in the popular TV-Series Gangs of London. In the series, Sean acts as the leading role in the story, who is the son of the Late Finn Wallace. He has inherited the Wallace Organization after his father’s death. Brutal and violent, Sean is madly out searching about who killed his father to take revenge. He becomes suspicious of every individual related to his criminal empire. Sean is serious about finding out the killer of his father and willing to do it at any cost. Joe Cole rolled the character of Sean Wallace.

The Joe Cole Gangs of London Leather Jacket is the creation of high-quality real leather that is good enough to give you a comfort zone. It consists of soft stitched viscose lining inside it, while the outside has a front zipper closure, along with a unique erect style collar, which is a spectacular feature of this outfit. Further, it accommodates long sleeves open hem cuffs, and the jacket is exclusively available in its legendary Black color.