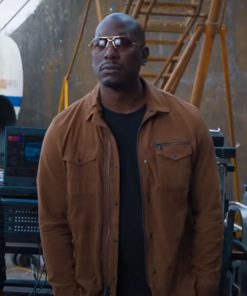 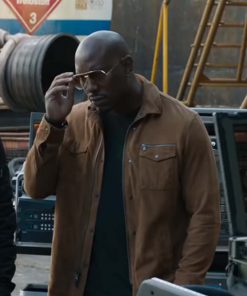 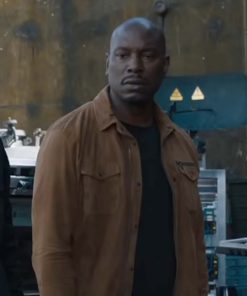 This Roman Pearce Brown Jacket is a facsimile of the jacket that Roman wore in Fast 9: The Fast Saga. In the movie, Roman Pearce is one of the members of Dom’s crew. He is also the best friend of Brian O’ Conner. During the mission, the crew mostly uses Roman as a distraction due to his talkative personality. On various occasions, he distracts the guards by continuously talking while the others infiltrate. Other than that, Roman has a good bond with Tej Parker and Ramsey, as well. Tyrese Gibson portrayed the character of Roman Pearce.

This Roman Pearce F9 Brown Jacket is an outstanding option to indulge everyone with a charming appearance. This jacket is a formation of the top-quality cotton fabric. In addition to that, the jacket also includes a viscose lining that is stitched inside to make it soothing enough for you to wear. The specifications of this jacket include a shirt style collar, buttoned cuffs, and front button closure along with zip fastening.