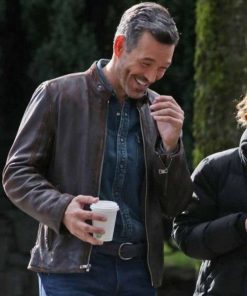 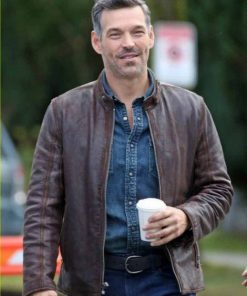 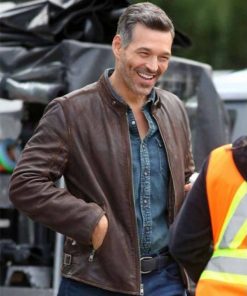 This Eddie Cibrian Brown Jacket is an impersonation of the jacket that Eddie wore in the TV-series named Take Two. In the series, Eddie Valetik is a Private Investigator, who was also a former LAPD Detective. When Sam decides to make her return with a P.I role, she joins Eddie for research on her role. Further, she then assists Eddie during a case. Throughout the case, Eddie then guides Sam. After Eddie successfully solve the case along with Sam, they become popular due to which Eddie also gains various cases. Eddie then begins to work with Sam. Chris Rollins also has an on and off relation with Eddie. Later, Eddie then also begins a relationship with Sam. In the end, LAPD arrests Eddie for Carl’s murder. Eddie Cibrian portrayed the role of Eddie.

The indicated Eddie Valetik Brown Jacket is an augmentation of high-quality real leather, and it consists of an inner stitched viscose lining to keep you comfortable. Its specifications feature an erected collar, zipped cuffs, and front zip closing.