SKU: N/A Categories: Movies Jackets, Tv Series Jackets
Contact Us
Email us 24/7 and we will respond with in 12 Hours

This Cullen Bohannon Leather Coat is a replica of the coat that Cullen Bohannon wore in Hell On Wheels. In the series, Cullen Bohannon is a descendant of a wealthy Southern family who later inherits his family’s tobacco farm in Mississippi along with slaves. Cullen also used to treat his slaves kindly whom he gave freedom one year before the war. Due to his service in the United States Army, he achieves the position of lieutenant in the Army. During the Civil war, he joins his group and battles throughout the war. After the war, when he returns to home, he discovers that the Union Soldiers have destroyed his farm and has killed his family. Anson Mount portrayed the role of Cullen Bohannon.

This Cullen Bohannon Hell On Wheels Leather Coat is a fabrication of high-quality suede leather which features an inner stitched viscose lining to keep you comfortable. Its specifications feature a faux shearling collar, open hem cuffs, a belt on the waist for adjustment, and front button fastening. 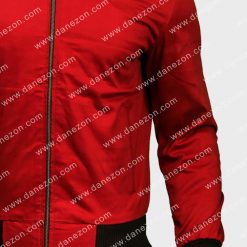 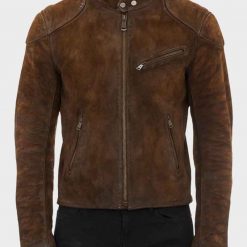 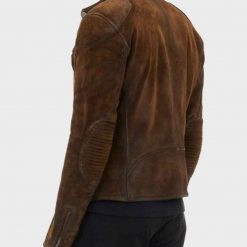