SKU: N/A Categories: Celebrity Jackets, New Arrival, Tv Series Jackets, Women Outfits
Contact Us
Email us 24/7 and we will respond with in 12 Hours

The indicated Counterpart Baldwin Leather Jacket is a replica of the jacket that Baldwin wore in Counterpart TV-series. In the series, Baldwin is an assassin from the Alpha World whom someone has sent with a list which also contains the name of Emily Alpha. When Howard Prime crosses to Alpha World, he informs Howard Alpha about Baldwin. She then also attempts to kill Emily Alpha in the hospital, but Howard interrupts. The OI then also learns that Baldwin’s name is Nadia Fierro. She then also meets her handler named Clare, who then orders her to execute Nadia Alpha. When OI arrests Baldwin, Nadia dies. When OI interrogates Baldwin, she remains silent. Further, Claire then performs an ambush to free Baldwin. Baldwin then also develops feelings for a barista named Greta. When Clare sends an assassin to kill Baldwin, she kills the assassin. Baldwin then also attends the funeral of Nadia Alpha. She then also asks Clare to let her finish her contract. Greta then also rejects Baldwin. Later, Howard Prime then bribes her to escape away from the contract killing. In the end, she kills Aldrich to avenge the death of Nadia. Sara Serraiocco portrayed the character of Baldwin.

This Sara Serraiocco Jacket is a fabrication of original leather and contains an inner stitched viscose lining to keep you relaxed. Its specifications accommodate a hooded collar, straps on shoulders, padded shoulders, open hem cuffs, and front zip fastening; furthermore, the jacket also comprises of two pockets at the waist. 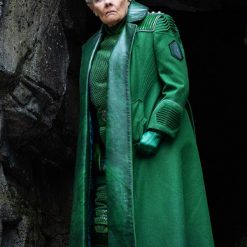 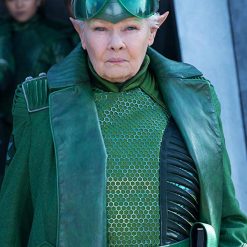 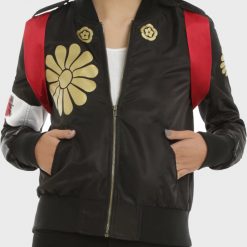 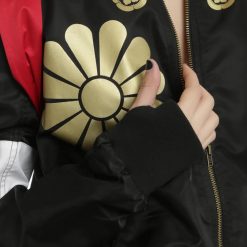