Please See the Size Chart Before Selecting Your Size

Aforementioned, Chicago P.D. Kim Burgess Puffer Jacket is an impersonation of the jacket that Kim wore in the Chicago PD TV-Series. In the series, Kim Burgess is one of the police officers at the Chicago PD. In the beginning, Kim works at the Chicago PD as a patrol officer. Further, Kim then also starts a relationship with Adam Ruzzek. However, due to some issues, Kim calls off the engagement. Kim then also starts a relationship with her partner named Sean Roman. Later, Kim then joins the Intelligence Unit, where she is partnered with Alvin Olinsky. When Kim learns that she is pregnant, she realizes that Adam is the father. During the mission, she then suffers from miscarriage. Marina Squerciati played the role of Kim Burgess.

The indicated Marina Squerciati Puffer Jacket is an augmentation of the best-quality parachute fabric to give you a tantalizing sensation. Not just that, the jacket comprises a viscose lining that is stitched inside to keep you comfortable and soothing. In addition to that, the aspects of this jacket accommodate a hooded collar, puffer design, open hem cuffs, and front zip fastening. 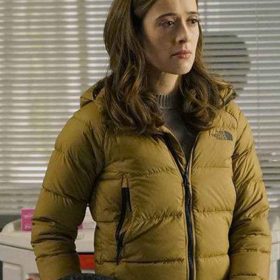