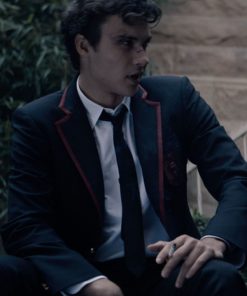 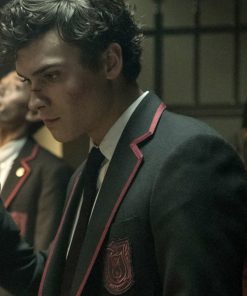 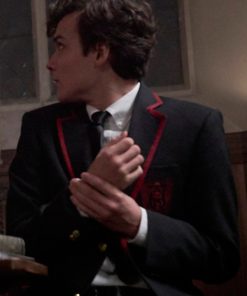 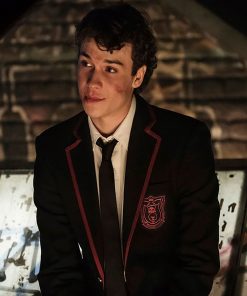 Aforementioned, Marcus Deadly Class Blazer is a duplicate of the blazer that Marcus wore in the Deadly Class TV-series. In the series, Marcus Lopez is a homeless teenager who fights for survival. He then also gets an objective in life when Master Lin who is the headmaster at an elite academy of assassins called King’s Dominion recruits him. Marcus then also learns deadly arts to pass his classes while also dealing with his harsh classmates. After killing Rory, he then also feels guilty. After the party, Marcus then also gets in detention along with the other students. He then along with Billy, Willie, Maria, and Saya goes on a trip to kill Billy’s father. Chester then also attempts to kill Marcus but leaves. Marcus then along with his group goes to track Chester. In the end, Marcus along with his friends attack Chester. Benjamin Wadsworth portrayed the character of Marcus.

This Benjamin Wadsworth Blazer is a fabrication of the best-quality cotton fabric and contains a viscose lining which is available inside to keep you enjoyable. Its specifications accommodate a peak lapel collar, buttoned cuffs, and front button conclusion. The jacket includes a pocket at the chest and two pockets at the waist.