SKU: N/A Categories: Mens Outfits, Mens Varsity Jackets, Movies Jackets, Winter Sale
Contact Us
Email us 24/7 and we will respond with in 12 Hours

This Ben Stiller The Watch Jacket is an imitation of the jacket that Evan wore in the film The Watch. In the movie, Evan Trautwig is a manager at Costco who forms a neighborhood watch after his manager dies. Set to find the murderer, Evan forms a neighborhood watch, but only recruits four people; however, the boys use the Watch as an excuse to chill. Further, during a patrol, the group discovers a strange metallic orb which is also highly destructive. While responding to the murders, the group then also discovers an alien whom they capture, but it escapes and warns them about more aliens. Ben then also grows suspicious of one of his neighbors. When Bob goes to rescue his daughter after Ben’s restriction, he fires him. In the end, Ben defeats the alien along with his group and tells his wife about his problem. Ben Stiller portrayed the role of Evan.

The Watch Evan Bomber Jacket is a production of the satin fabric which consists of an inner comfy lining to make it soothing. Its specifications feature a rib-knitted collar, rib-knitted cuffs, rib-knitted hemline, a logo at the back, and front zip closing; moreover, two pockets at the waist and two inside pockets are also available. 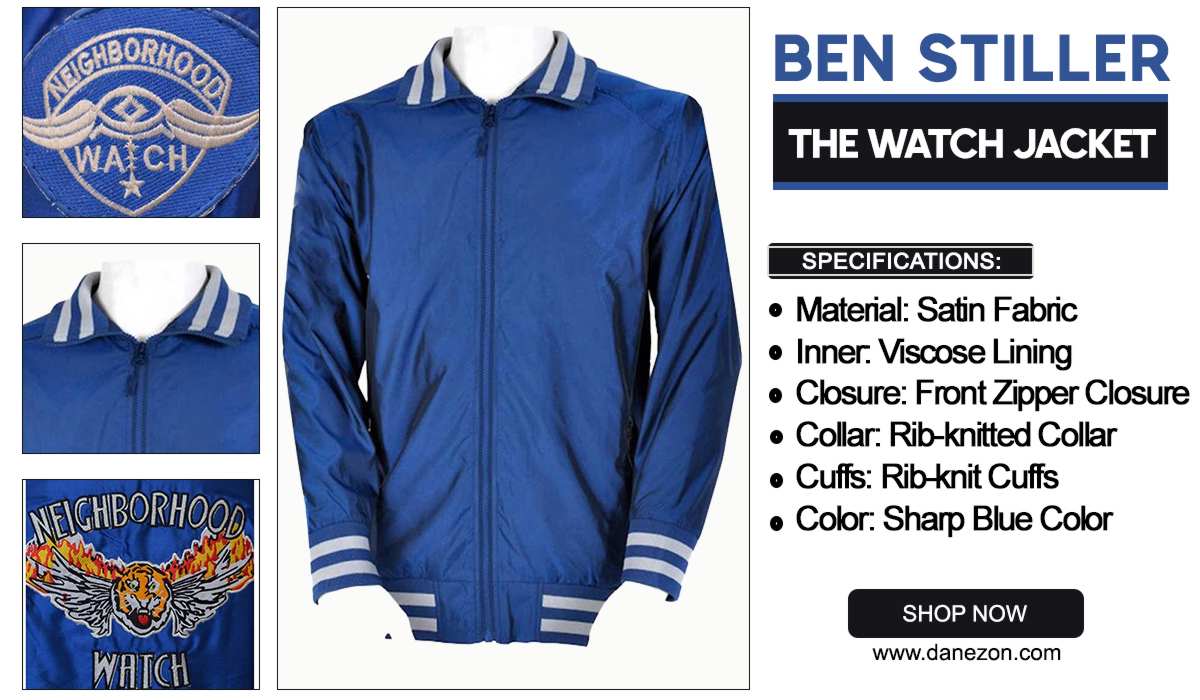