Aforementioned, Ant-Man Quantum Jacket is an impersonation of the jacket that Scott wore in Avengers: Endgame. In the movie, Scott Lang who gets trapped in the Quantum Realm during the events of Infinity War, somehow, escapes from the Quantum Realm. After escaping the Quantum Realm, he then gets thrilled to see the changes on Earth. While wandering, he then also stumbles upon Avengers Head Quarters where he meets Captain America and Black Widow. Natasha then also reveals to him about Thanos’s snap and its effect. He then also unites with the Avengers in their battle and also revisits the Quantum Realm. Paul Rudd portrayed the role of Scott Lang.

This Paul Rudd Endgame Quantum Jacket is an augmentation of the best-quality PU leather consisting of a viscose lining which is stitched inside to keep you comfortable. Its specifications feature an erected collar, padded shoulders, padded sleeves, padded chest, zipped cuffs, Avengers logo at the chest, and front zip closing. 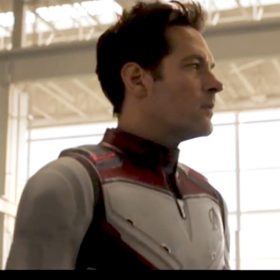