This Emmy Raver-Lampman Blue Coat is a formation of the top-notch quality wool fabric and consists of an inner stitched viscose lining to keep you relaxed. Its specifications feature a wide lapel collar, open hem cuffs, and open style front. The jacket also contains two flap pockets at the waist. 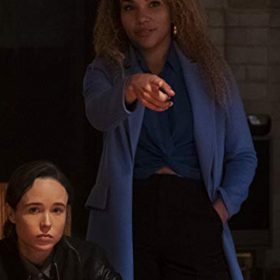