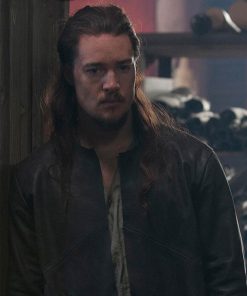 Ever heard about the old histories of the greatest empires and their remarkable achievements that create a visual impact on the people of this century. The most dominating British historical fiction television series, The Last Kingdom, is based on Bernard Cornwell's The Saxon Stories novel series. Further, the series reflects the story of a child Uhtred who witnessed his father's death and Invading troops eventually defeated the Army of Saxon. Meanwhile, Uhtred is captured by a Danish warlord and raised by him along with a clever hostage Brida. Many years later, Uhtred becomes a heroic warrior, but a tragedy strikes when his house is set on fire, killing his surrogate family, including Ragnar. So, his goal is to avenge Ragnar's death and regain his homeland. Ultimately, Uhtred finds himself in a complication where he must choose between his hometown and those who raised him.

A GUIDE TO THE CAST OF THE LAST KINGDOM:

It's quite an important aspect to select the people that thoroughly fit in their individual character. As we talk about The Last Kingdom cast, the series featured an impressive collection of actors. So, the top-ranked cast includes a German-born actor Alexander Dreymon as Uhtred, an English actor David Dawson as King Alfred, a gorgeous Australian actress Emily Cox as Brida, a Norwegian actor Tobias Santelmann as Ragnar, and much more listed to the show.

A TOUR OF THE LAST KINGDOM OUTFITS:

The dressing has different meanings for different people, and it may also vary from place to place. Each individual has the right to choose an outfit that suits them best. If you are a diehard fan of those preciously designed battlefield outfits that reflect the story of an ancient vampire. Then get your hands on the exquisite category of The Last Kingdom Outfits, which will transform your personality like the actual warrior bravely fights on the battlefield. So, we are glad to announce our top-ranked The Last Kingdom Merchandise contains Ragnar Vest, Uhtred Jacket, Uhtred Vest, many exquisite outfits to conquer. Now, what are you waiting for? Get your hands on this antique collection of The Last Kingdom Jackets and Coats, and suppress the WORLD with your miraculous look.