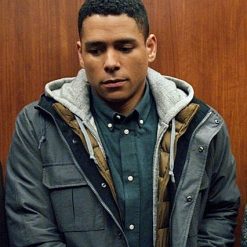 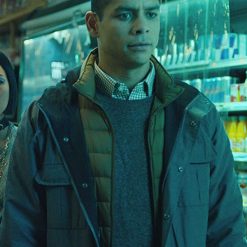 Think above your limits, and let's imagine! What is death? If you die accidentally, then what will happen? The game ends up! But, what will you say when you get your life back and also get back in time when you were alive. Believe me, it's not a tragedy, but the mystery begins when this process starts continuously, which means you die, then get your life back, and then consistently this. In this situation, you will get prisoned in a specific time loop.

Basically, that's the unbelievable and unthinkable central idea of the Russian Doll adventure & crime-based drama and mystery television series. The series premiered on 1st Feb 2019, and its 2nd season is released now. In this series, a cynical young woman named Nadia Vulvokov, a software engineer in New York, on her birthday, finds that she is continuously dying and returning to that party. After a few times, she comes to know that she is stuck in a strange time loop. Nadia tries her best to way out of it, and the mystery starts. It's really a masterpiece of creativity and perfection from its cast to creation and idea to production, so also never miss to check the incredible variety of Russian Doll Merchandise. Top-notch screenwriters and filmmakers Natasha Lyonne, Amy Poehler, and Leslye Headland created this super-hit series, which features many superstars in the cast. Likewise, Natasha Lyonne herself depicts the central character of Nadia Vulvokov, Cuban-American actor Yul Vazquez characterizes the role of John Reyes, and Greta Lee portrays the character of Maxine in this series. Also, Jeremy Bobb, Elizabeth Ashley, Charlie Barnett, Brendan Sexton III, and some other actors and actresses are performing some significant and recurring roles in this series. Its high rating proves that it's a totally fantastic job by the creators. One other thing is that the choice of series apparel is absolutely amazing that's why viewers are stuck in the glimpse of Russian Doll Jackets and Coats like Nadia and Alan.

Is the Russian Doll Outfits Collection for me! Why?

Undoubtedly yes, the master-class outfit of this category is just for you! Because the series has featured all types of trending wardrobes, these featured outfits have created their own hype in the walks of fashion. The Doll is a sign of gorgeous beauty, and your favorite fashion gear from the Russian Doll Merchandise will absolutely make you more attractive than the Russian Doll. You can burn all ugly haters in the flame of jealousy or turn them into fans by styling your formal attire with any outwear from here. Because the Russian Doll Wardrobes includes a versatile collection of leather, cotton, fleece, and wool Jackets & Coats. We are offering Nadia Vulvokov Black Trench Coat, Maxine Silver Leather Jacket, Alan Zaveri Grey Coat, Annie Murphy Black Coat, and Nadia Vulvokov Leather Jacket, and several other top-standard outwears at an affordable and discounted price made with enduring and long-lasting material. So what are you waiting for? Just go above and find an excellent jacket or coat for you before the time-loop of the Russian Doll Outfits Collection goes to the end.