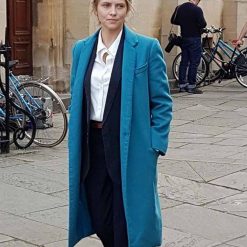 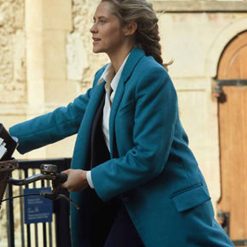 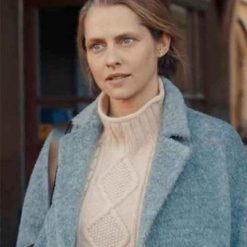 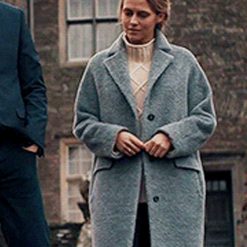 A Discovery of Witches Outfits Collection

Interested in learning more about witches and their intriguing stories? Then you are perfect to watch this British Fantasy television series A Discovery Of Witches. The series revolves around the story of Kate Bishop, a historian and a reluctant witch who unexpectedly encounters an enchanted manuscript in Oxford's Bodleian Library. Therefore, she was reluctant to enter the magical world and discover the secrets it holds behind magical beings. Kate Clairmont offers help to Matthew Clairmont, a mysterious geneticist, and a vampire. In spite of a long-held mistrust between witches and vampires, the two form an alliance and work together to protect the book and solve its mysteries while avoiding threats from the creature world. As the series obtain a remarkable response among the audience, the collection of A Discovery of Witches Outfits is also top-listed to enhance your personality on every walk.

Let's Take a brief Look Into the Cast of A Discovery of Witches:
The most awaited British fantasy series featured the world's famous celebrities to achieve the remarkable success of the decade. The cast includes an English actor Matthew Goode as Matthew Clairmont, an English actor Edward Bluemel as Marcus Whitmore, a Welsh actor Owen Teale as Peter Knox, an English television actor Trevor Eve as Gerbert d'Aurillac. The series also featured the most beautiful and talented actresses, such as an Australian actress, model, and producer Teresa Palmer as Diana Bishop, an English actress, writer, and journalist Louise Brealey as Gillian Chamberlain, a British actress Aiysha Hart as Miriam Shephard, an English actress Alex Kingston as Sarah Bishop, and numerous others to win the hearts of viewers.

Everything You Need To Know About A Discovery Of Witches Outfits:
No matter you are a witch or a superhuman being, you will eventually judge what you wear on daily walks or casual occasions. To overcome your apparel desires, we are pleased to announce the broad category of A Discovery Of Witches Merchandise entirely filled the gap of fashionable attires. So, our top collection contains Kate Bishop Coat, Daniel Ezra Jacket, Gillian Chamberlain Jacket, Matthew Clairmont Leather Jacket, Diana Bishop Puffer Jacket, and many exquisite apparels to fascinate your loved ones in every walk. Get your hands on the collection of A Discovery of Witches Jackets and Coats before WITCHES see you.